Are you looking for the unbiased ‘The Tomorrow War’ Movie Review? if so, you landed at the right place here we have cover, everything related to the movie.

Unlike anyone would have expected, the movie “The tomorrow war” emphasized a lot on ‘family values and importance. The movie is available to watch online on Amazon Prime Video. Here’s our take on the movie.

The Tomorrow War movie review: Is tomorrow when the war began on Netflix? 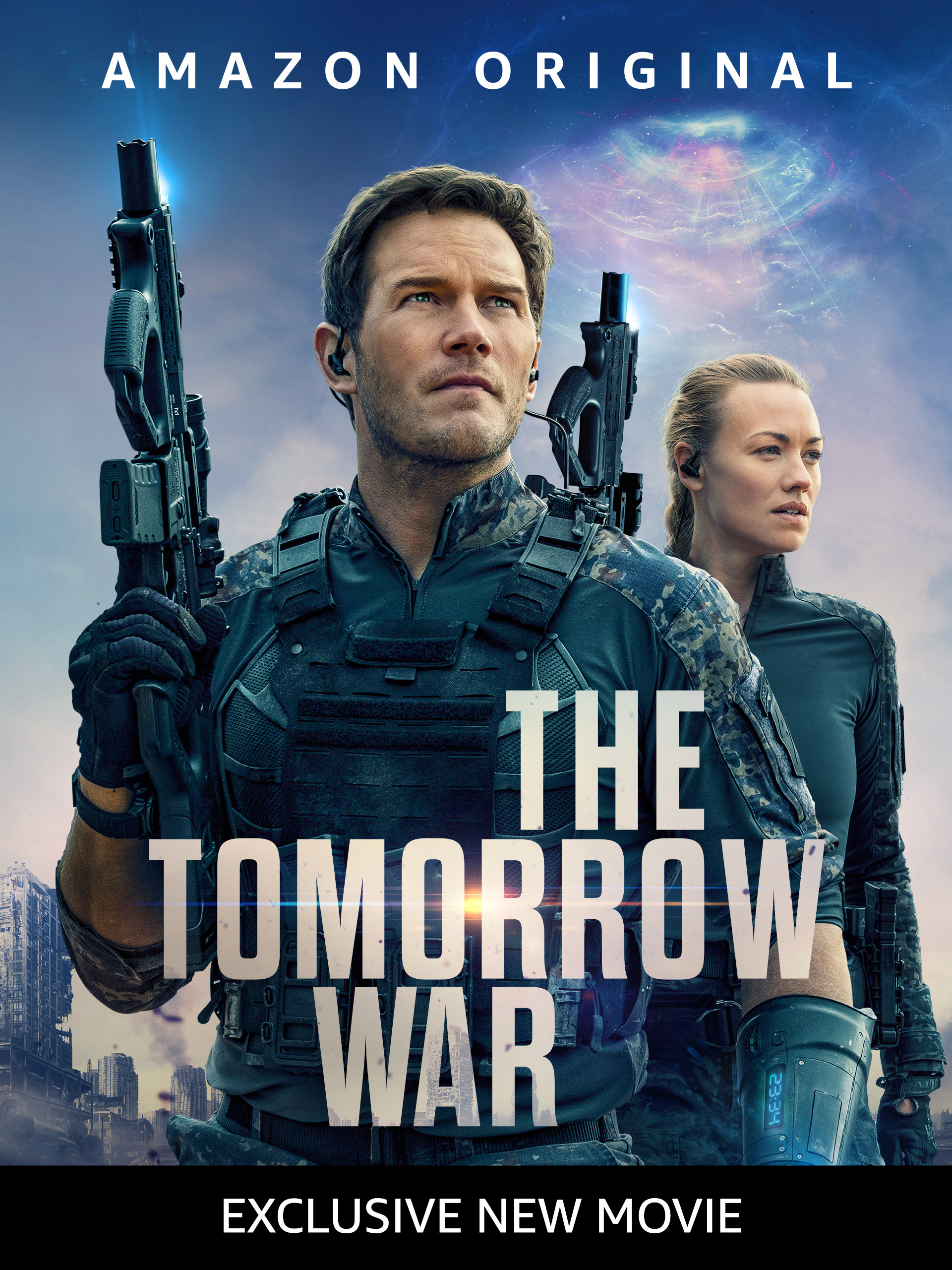 What Is The Plot Of The Tomorrow War? The story starts in the year 2022 and shows the live broadcast of the football World Cup. During this telecast, suddenly, a strange blinding light appears in the middle of the football field.

The light later turns out to be the result of time travel that has brought soldiers from the future. Lieutenant Hart, the woman leading the soldiers, says, “We are you, 30 years in the future. We are fighting, our enemy is not humans, and we are losing.”

The future humans tell the present humans that 30 years from now, humanity will be wiped out. And the total Earth population will be declined to a mere five hundred thousand. 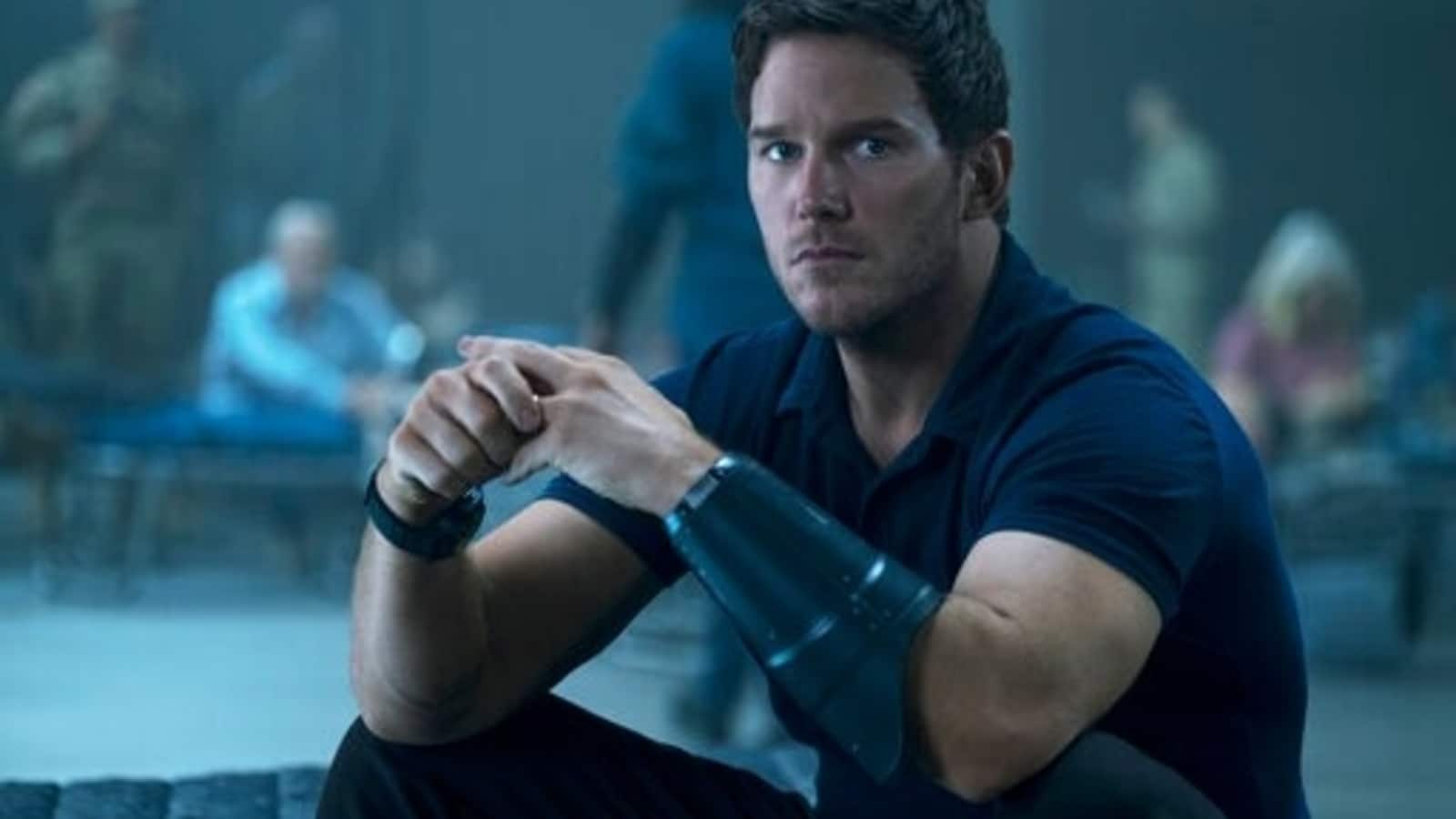 As the movie progresses, we learn that people are chosen and sent into the future through a random but conscription process.

A machine is put on their hands that is connected to their nervous system. If the device is working, then the person is alive. And after the completion of this 7-days tour, if anyone manages to survive – wherever they may be – they will be transferred back.

However, a ‘time paradox’ in the movie states’ two same people of different timelines cannot exist simultaneously.’ In layman’s language, this would mean that the people from the present going into the future must be dead at that time to do the time jump.

Dan Forester – played by Chris Pratt – our protagonist, an ex-military veteran and now a high school science teacher, is chosen for drafting the time-traveling process. When he tells his wife about this, she asks him to get the machine off his hand.

And the only person who can possibly do this is Dan’s father. But Dan’s relation with his father is not really ideal. Still, he goes to talk to him, and we get a glimpse into why his relationship is so bad with his father.

The idea doesn’t work out, and he has to go to the future. There he finally sees the ‘white spikes,’ the aliens responsible for human extinction.

Most of the people die in the initial encounter with the white spikes. But Dan and a few others manage to survive. He then comes face to face with the commanding officer, who also happens to be his daughter, Muri Forester – played by Yvonne Strahovski – now all grown up, beautiful and smart.

Muri does interact with his father but still keeps her distance from him. Dan, unable to understand this behavior of hers, asks her why she is doing so.

He finds out that he did the same thing to his family as his father did to him. He fell apart from them, divorced his wife, and then died in a car accident when Muri was 16 years old.

After knowing this, Dan’s whole perspective towards life and his family, changes.

Towards the end of the movie, he and Muri get close, and she develops a toxin that can kill all of the white spikes. However, they get attacked by the white spikes before they can use that toxin. 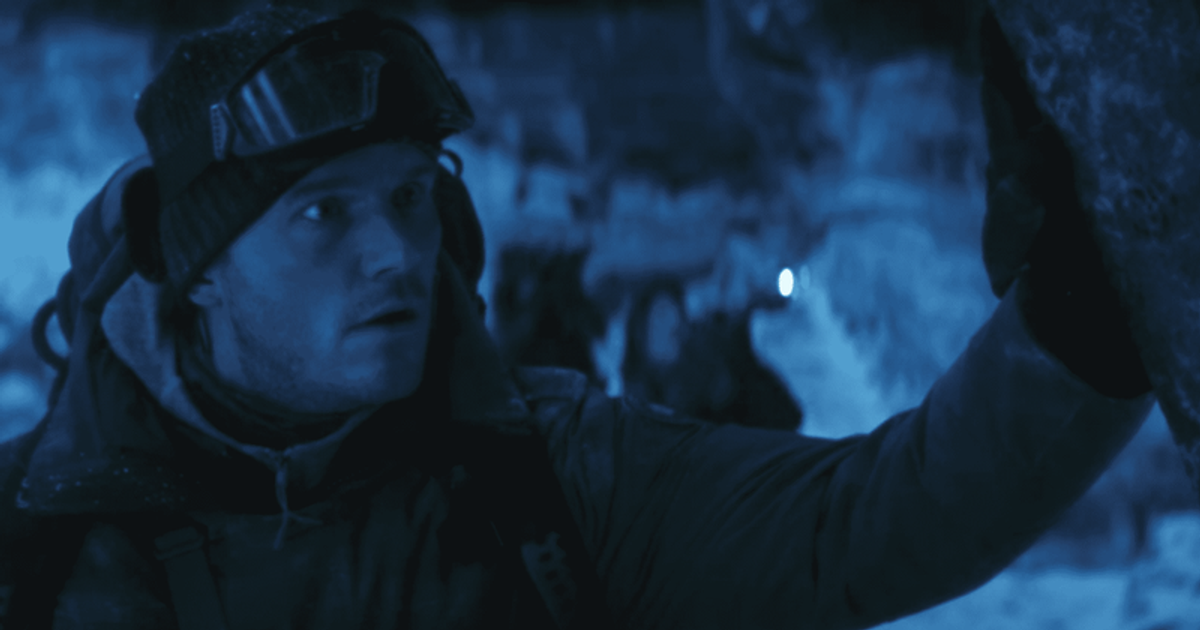 And around that time, Dan’s trip of 7 days comes to an end, and he comes back to the present. Muri gives him the toxin and asks him to mass-produce it in his timeline and destroy all aliens before they can rise and exterminate humanity.

Dan doesn’t want to leave Muri there because if he successfully stops the rise of white spikes in his time, the future will change and that Muri will cease to exist.

But just after this scene that Muri gets eaten by the white spikes, and Dan comes back. With the help of his dad – played by J.K. Simmons – and some other friends (Dorian, Charlie, Lieutenant Hart), he finds the aliens and exterminates them with the help of the toxin that they have mass-produced.

Chris Pratt did a good job at portraying the character of Dan. But of course, there was room for improvement. At some point in the movie, the performance could have been improved.

But otherwise, he gave what would be expected of the ‘Starlord,’ and the performance was fairly good.

Yvonne Strahovski also did a great job as Muri Forester. She never let go of the character. While sharing the screen with Chris as his daughter, she was pretty convincing.

This can be pretty hard given that if these two would be the main cast in any other story, they would surely have a romantic angel.

J.K. Simmons as James Forester – Dan’s dad did a fantastic job. This would probably be one of the few times you would see such a cool dad.

And his portrayal of the character was great too. Guilt, sadness, anger and happiness, even sarcasm, all emotions were on point.

Jasmine Matthews as lieutenant Hart, Edwin Hodge as Dorian, Sam Richardson as Charlie, and Betty Gilpin as Emmy Forester all did a pretty convincing and good job.

Though all of them didn’t have much screen time, they were undoubtedly important for developing the story. However, most of the focus is on Muri and even more on Dan.

Cast in credits order of appearance, and character name verified as complete

The rest of the cast is listed alphabetically below:

Produced by (Listed Below)

What Did The Movie Teach?

Some remember worthy dialogues from the tomorrow war movie goes by this:

Sometimes, a man does what is best for his family, not him.

I am not a hero, I was just trying to save my daughter. If I gotta save the world to save her, then I am damn sure going to do it.

I will never leave this family. Because my best future, it turns out, was always right in front of me.

The tomorrow war’s dialogues like these tell us throughout the movie that family is very important. Even the whole struggle Dan does is to save Muri. Well, mostly.

But that’s not all. There are a few other life lessons that this film did give the audience.

Second chances are really hard to come by.

If there’s one thing that the world needs right now, it’s scientists. We cannot stop innovating. That’s how you solve a problem.

You don’t laugh if someone says they are gonna survive something.

Now, these are pretty good advice to give to someone. Don’t you think?

In a scene, Dan wants to take the future Muri with him to the past. But the movie earlier shows that the same person of two different timelines cannot co-exist in the same timeline ever.

Though she gets eaten by aliens and Dan cannot take her back, it is still disappointing that the story was written like this.

Considering the movie was an action genre, the action in the movie is not that much or that good. Without any doubt, that particular field could use a lot of improvement and work on. 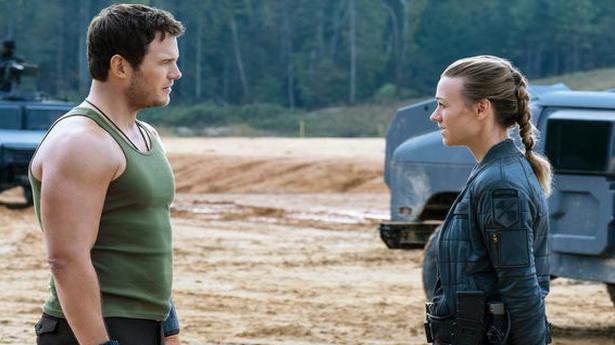 The movie is ended, showing that Dan lives happily ever after with his family and doesn’t fall apart or divorce his wife. He even reconciles with his father.

Which is all good, after all, who doesn’t like happy endings but there is something called ‘time paradox’ that states’ things are always destined to turn out the same way, and that whatever has happened must happen.’

Overall, the movie is a fair deal. There are no edgy, suspense scenes, but weirdly, the movie can keep you hooked.

There are some amazingly beautiful scenes in the movie where the cinematography and direction are outstanding. Also, when it comes to acting, the cast has not disappointed viewers.

The story is fine. Nothing new, just the old, classic time travel and aliens. But yes, this is probably the first movie where the two biggest sci-fi topics have been merged together.

Despite major potholes regarding time travel and certainly room for improvement in the action and a couple of cringy moments, the movie is a fair game if you want a decent watch on a weekend and chill.

25 Things You Missed In Tomorrow War