Some films occupy a substantially comfortable place in your heart as soon as the end credits start rolling and you start questioning your outlooks and perceptions towards it. However, Aranyak is rock bottom, and it bravely manages to exhibit itself as a work riddled with pretense and confusion parameters of intellectuality and perception. Running through 8 episodes, it manages to construct zilch. Though Vinay Waikul, through this single piece of ambitious work, tries to say a lot, there are a lot of things that went salaciously downhill.

The main plot of Aranyak 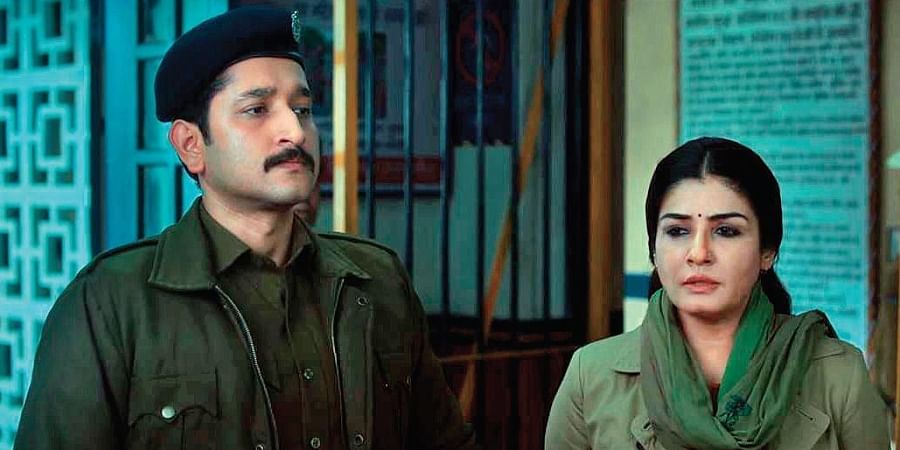 The plot of Aranyak is designed to unfold a canvas of lies and deceits building up to the rape and murder of a young girl, Aimee, who came to Sironah accompanied by her French mother, Julie, and her boyfriend, Sundar. The whodunnit technique is adapted deftly by the director as puncturing with the icy tones of Himachal, Aranyak introduces one subplot after the other.

Like all the female protagonists who have a stable job, Raveena Tandon, playing Kasturi in the series, suffers from the dire stress of assigning time to her family, taking leave from her career for a year. However, the rape of Aimee portrayed by hanging her body from a tree triggers the sequence of events. Kasturi cancels her leave and takes on the investigation under the leadership of Angad malik, played by Parambrata Chattopadhyay, a renowned Bengali actor. The epiphany of channeling their attention to the rape occurs after many clashes in the ideologies of the two.

A plot twist occurs when Mahadev Dogra, a retired police officer and father-in-law of Kasturi, suspects that it might have been the half-animal leopard man and the half-man who feasted on being hungry for blood on Aimee’s body. A similar case had happened in Mahadev’s jurisdiction, which made him suspect the leopard man. This doubt germ changes into a belief when scratch marks are found on Aimee’s body.

However, Angad dismisses the leopard man as the fragment of imagination of the delusional village men and suspects that the apparent mythical creature might be the actual culprit. The subplot revolves around a personal vendetta, some characters working for political gain while others are power-hungry. The story is further complicated when a politician’s son Kanti is released on parole after being guilty of a rape charge. Each character brings in the sense of mystery and is equally under suspect.

The word means “of the forest.” The main course of rising action that triggers the sequence of events in the series happens inside the forest, thereby justifying the title assigned. Man’s doom is different from the doom of animals: although we continue to live in nature, most aspects of our daily experience persuade us to stand apart from it.

That is exactly what Vinay Waikul tried to showcase in the series, where the man vs. wild conflict is meant to be highlighted with a man playing the villainous figure of disrupting the wildlife for their convenient purposes.

What could have worked?

If the director stuck to this one premise, then this story created by Rohan Sippy and written by Charudutt Acharya and Rohan would have a poignant success in constructing the frames of the landscape that is stark in the center of the wild, oozing a sense of the tension and conflict recurring in the film like was done in the Amazon released movie, ‘Sherni’.

However, unfortunately, he does not stick to a certain segment, leading to a hotchpotch where no single purpose stands out. To enhance the dramatic effect, there is a myth of a demon who is half human and half leopard punctuated with a corrupt system, game power, and family drama that is progressing at its pace. The series had a lot of elements to construct the screenplay around which the directors try to touch. Still, with the industry languishing, they try to encapsulate a lot on a limited canvas, thereby saturating it and paralyzing the series.

What does not work? 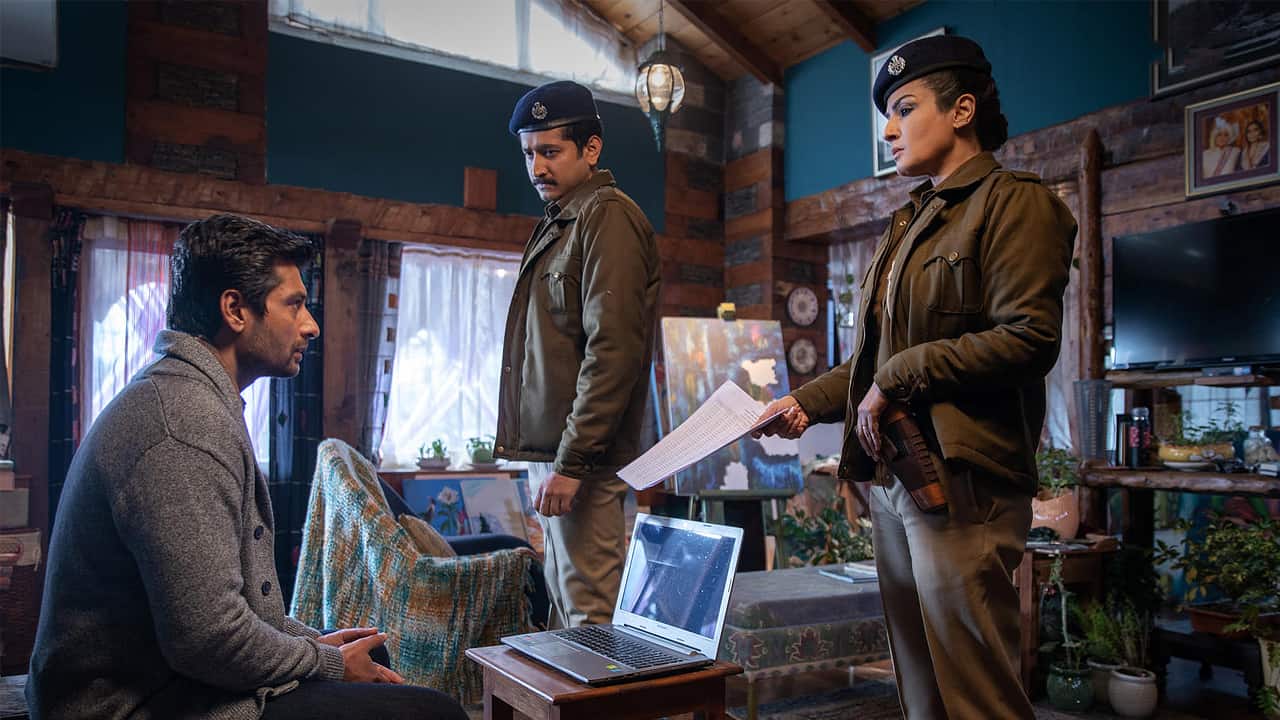 There is hardly any connection between the audience and the traumatic past of the character, a narrative device that is used to open every episode. The show’s central conflict gets lost as the creators try to doctor too many motifs onto the first six episodes, thereby not being able to frame a resolution by the end of it all.

The attempt to pretentiously deliver the accent is also one of the biggest problems, the façade of which gets shattered every time the actors have to speak an English word. The dialogues also try to be ironic, but they are blatantly flat and ridiculous. 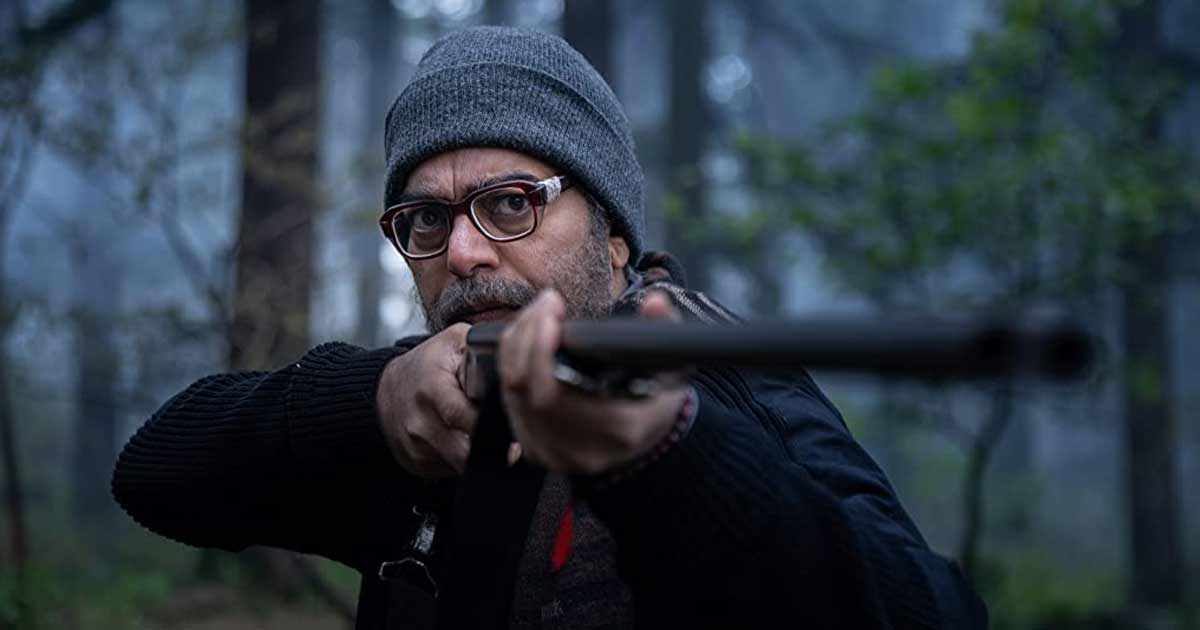 The character of Ashutosh Rana was introduced as a retired police officer with “bhulne ki bimari.” Still, that characteristic is hardly shown or developed upon in the course of the series and is assigned to solve the toughest case with the police.

Performance of the actors

The cinematography is as bleak as the direction. Raveena Tandon is showcased as a mother who wanted to be a living example for her children and has a high profile case to her name; thereby, there is a lot of depth in her character, but the character never focuses or takes a closeup of her eyes to let the audience be the fly on the wall and experience her struggles to the fullest.

Parambrata Chattopadhyay got a better version of the script and played his part with absolute poise and diligence. The others do not have many dimensions and do exactly what they are asked to.

Aranyak: In a nutshell

A lot was expected of the series because of the stellar cast and the location but it gives us a hare-brained substance on a platter.

The Empire Review: An Above-Average Series With Huge Potential