Yeh Kaali Kaali Ankhein was released on January 14th on the OTT platform. With a stellar cast of Shweta Tripathi, Tahir Raj Bhasin, and Aanchal Singh in the lead roles, the series gets entangled in a twisted tale of love and hate.

The first look of the series was showcased on Tahir Bhasin’s Instagram. He took to Instagram to share the trailer of the series and left a summary about this show where he wrote:

“Ek happily ever after ki keemat Jante ho? is love really enough for that? will vikVikrantsikha and Purva find there’s in this twisted tale of love? “Yeh Kali Kali aakhen” coming to Netflix on January 14th.”

The director of this series is also popular for his shows like Balika Vadhu and the series Apharan, bankrolled by edge storm ventures private limited.

The Official Synopsis Of The Series “A romantic simpleton Vikrant becomes an object of desire for Poorva who will go to any lengths to get him. As Purva’s ruthless efforts to make him hers begin to destroy all that he holds dear, the mild-mannered Vikrant finds a new side to him emerging to escape Purva’s clutches and reclaim his life with his true love, Shikha. He goes down a dark path only to regret it later in this pulpy thriller “.

Since they were kids at school, a powerful politician’s darling daughter Purva Avasthi had her eyes on the accountant’s son, Vikrant, Vicky Singh Chauhan. As Vikrant is the diamond of Purva’s eye, none of the dozens of henchmen and forces that cater to Purva’s dad, who more or less runs the town, dare lay a hand on him. Vikrant’s life is quite well protected; neither he nor the Netflix series takes much advantage of that.

Now coming to the point from where you can decide whether you should or should not watch the series,

Though the series had its moment, it was not completely and consistently a water-tight thriller. The series, to be frank, is a mixed pack. The writer, director, and showrunner Siddharth Sengupta takes a lot of time to build the thrill, but once Purva and Vikrant engage in a conflict from the 8th episode onwards, the series truly gets going.

Vicky, in the series, manages to escape being caught at the very last moment even though he continues his quest to avenge those who had done wrong to his family. However, the series had too many loopholes in the plot convenience, and contrivance abounds. The series kind of forced the user to constantly have a sense of disbelief, and that doesn’t work well for a show that had aimed to be a thriller in the first place.

The series had taken too many references from the 90s Bollywood while some of them seem to inculcate themselves in the narrative well. However, the completely unnecessary “palat” scene seemed to be forced into the narrative.

Vikrant’s role as a narrator is also not versatile enough to constantly hold the viewers’ attention; his performance has very few faults.

However, his performance ranges between above average and watchable. There is also a bit of humor inculcated in the series when Vikrant watches YouTube videos on how to fake cry, and it borders on the morbid.

This series has all the elements of 90s Bollywood pulp but lacks cinematic breath and feel. With the plot focusing on ego, desire, and harsh north Indian politicians encapsulated in a love triangle, this series has a tint of a pulse thriller but is not heavy on the thrill.

However, it is said that this pulpy thriller is emblematic of Netflix India. The series has an inherent promising black comedy set up at its core. “Ye Kali Kali Aankhein” ends on a cliffhanger to challenge all the other cliffhangers possibly made on Netflix, and honestly, given the performance of the first season, the audience wouldn’t mind a second season because who doesn’t love a cat and mouse chase. 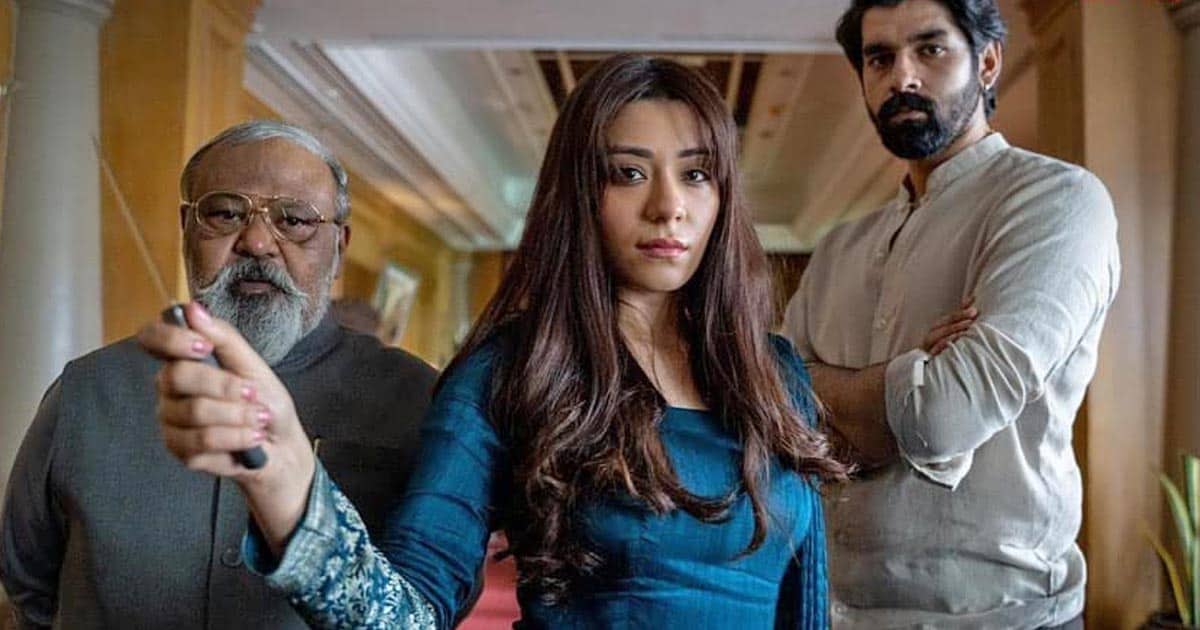 The central theme of femme fatale set in the small town of UP is what the series does differently, hovering around politics and violence of the hinterland. As interesting as the storyline might seem, the execution somehow falters in the series. A few years back, though the milieu and dialect of up Bihar town seemed to be refreshing now, it essentially looks like an easy way to include grittiness in the story, which this series tries to do.

The trope of setting the series in this small town does not quite work in the series. The criminals, the corruption of politics, cops being agreeable to gangsters- all of it is something that we have seen before, so there is nothing new to the series.