It would not be an injustice to categorize ‘The Fame Game’ as Madhuri’s show. The actress with a beaming 1000-watt smile made her debut in the OTT world with this mystery-drama series that went live on February 25. Overall, all the characters have aptly given life to the character they have played. In the skin of Anamika, Madhuri adorns a celebrity’s life and persuasively performs it. In just eight episodes, the series has highlighted a myriad of issues, including normalizing homosexual relationships.

Nevertheless, a sense of perplexity exists in all the individual stories, which further gives rise to numerous unresolved mysteries. Despite all these, the most crucial factor is that the story threads such an engaging garland that you can not restrain from binge-watching.

Scroll down to read how the characters and setup have given a sophisticated aura to the series.

The Fame Game Review: A Thread Of
Mystery, Duplicity, And Hypocrisy 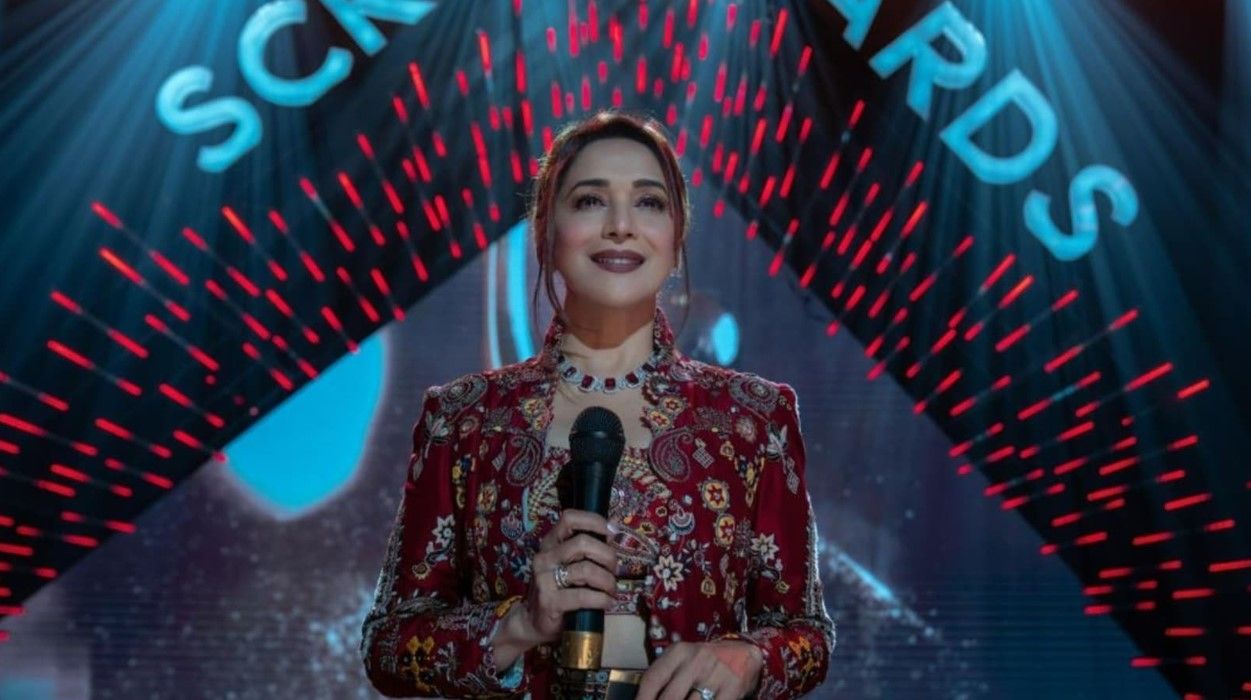 The series has an interesting hook – Anamika Anand, a Bollywood diva known for disappearing onscreen, suddenly disappears in real-life without any trace. It’s all about her disappearance that further triggers an investigation, portraying the complicated relations, insecurities, professional issues, truth, and lies.

Adding on, it unveils the concealed, dark side behind the gaudy and alluring life of Bollywood stars and their families. 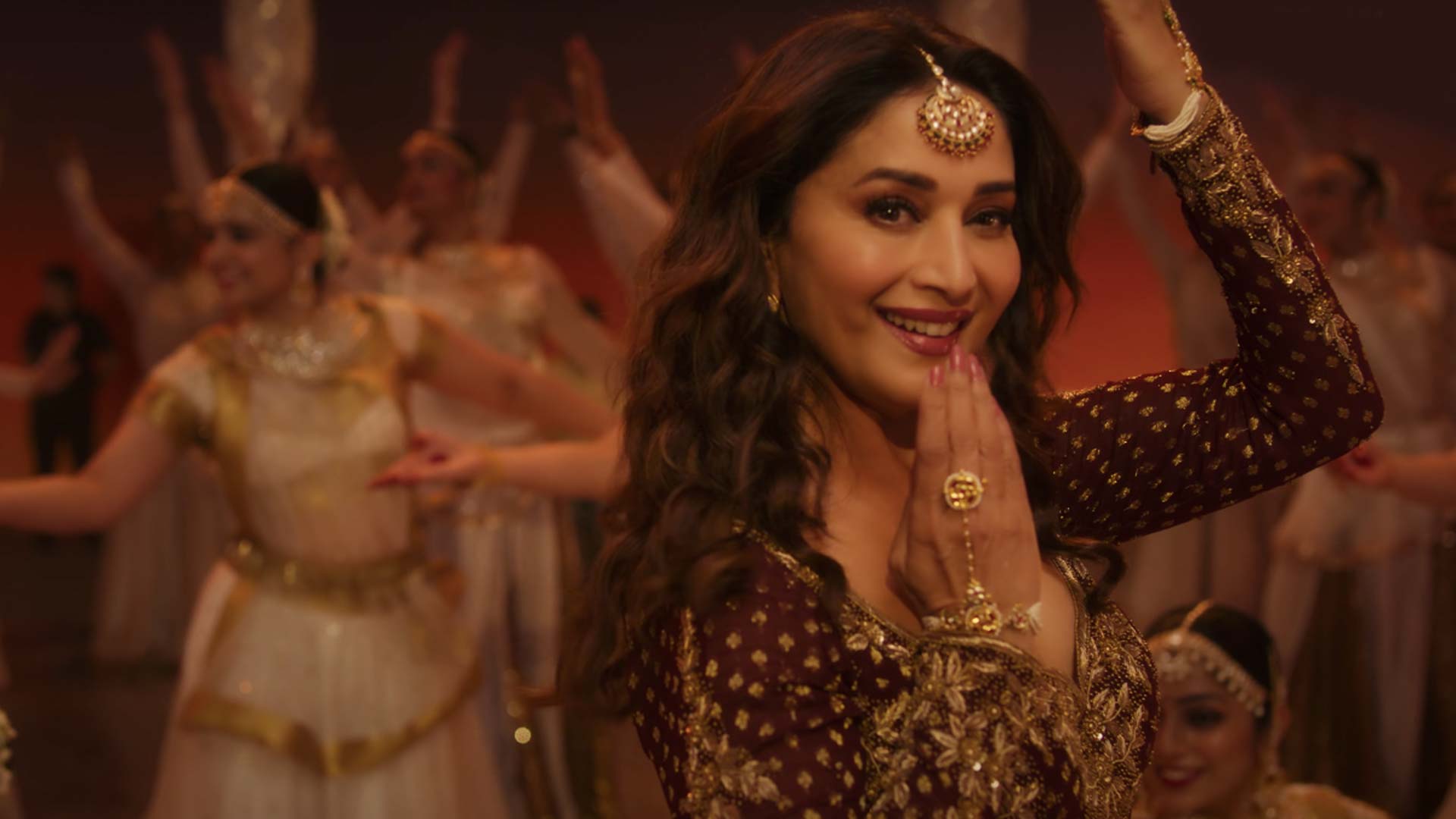 The cynicism of glamour and flamboyance perfectly peeks out from the shades of reds in the color palette. The background music and songs dawn upon the slouching houses, extravagant vanities, and ceaseless fame. Exorbitant stage setup and picturesque locations leave no chance to present the authentic picture of the star life.

The Fame Game Review: Hide and seek of deception 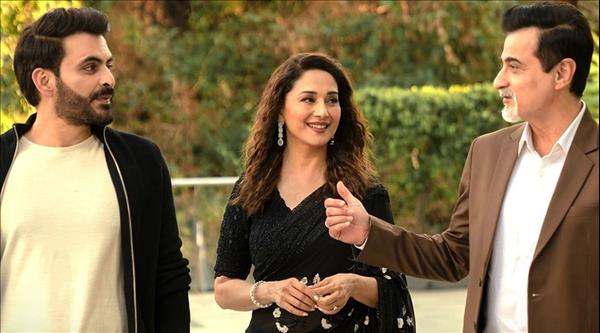 The prominent striking feature is the whodunit factor. While on the cover, it appears to be the perfect family; on the contrary, it has secrets and lies. The roller coaster of suspense and thrill makes you binge-watch the series, thus making you eagerly await for the next season to unfold the mystery.

Throughout the series, the scriptwriters have digressed the audience’s decision. Someone who seems to be the potential suspect in one episode turns out to be a red herring in the other one. Likewise, all the episodes juggle from the past to the present, just like it did move six months back, when Manav, Anamika’s lover, made an entrance into her life.

Without drifting away from the legacy she has been carrying, Madhuri once again owns the series and the screen. The setting, attires, and locations all laud upon the lavish life of the actors. The two kids, Lakshvir and Muskkaan, have promisingly played their characters. Manav Kaul and Sanjay Kapoor shouldn’t be left untalked; they indeed did justice to what they had been offered.

Anamika disappears one night while her phone and accessories are still lying in her bedroom. There seems to be no evidence of the atrocity that has happened. Like Anamika did not ever exist, everything is normal, and her disappearance made no difference. However, the entire family is a compulsive hoarder; they are hiding secrets, not only from one another but from the investigators too. All this marks down to the fact that the film industry is somehow fundamentally flawed.

Anamika, the protagonist, is depicted as an actress surrounded by professional burdens, financial problems, and the hard-hearted industry. Nikhil Anand, Anamika’s husband, makes terrible investments, while her mother Suhasini’s gambling adds to the financial burden. Does it end here? No! Anamika indeed had no right to make her own decisions. Her mother, Suhasini, leads the life of archetypal older Indian ladies. 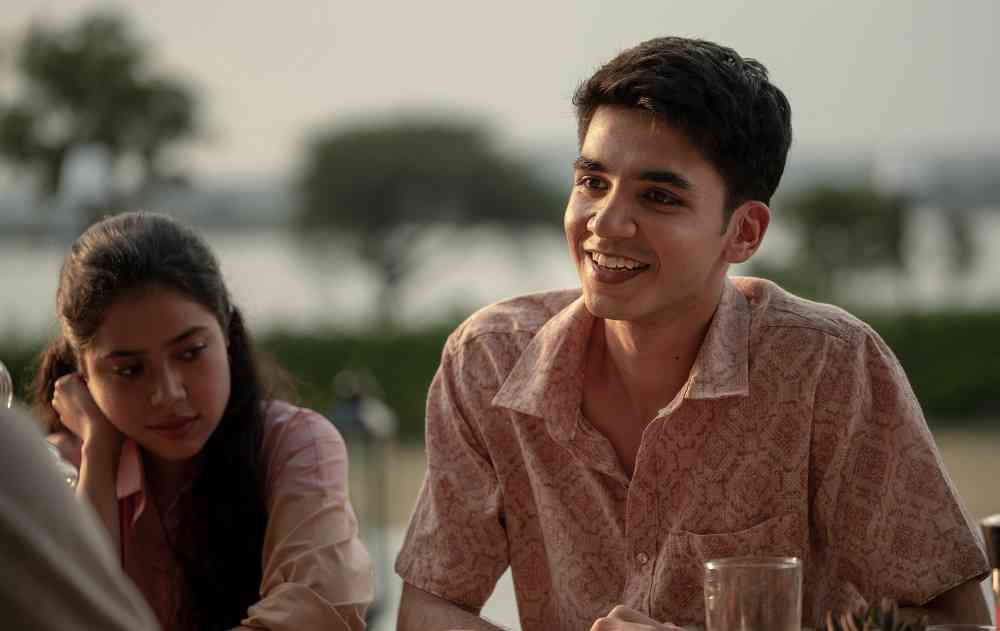 One of the prominent aspects highlighted in the series is Anamika’s son, Avinash’s character molded as a homosexual man. Here, comes to light the so-called star thing, where Avinash has a hard time accepting that he isn’t straight as in his belief it would hamper his image as a celebrity kid. It doesn’t end here, the things go worse when Nikhil learns about his son’s sexual orientation.

Anamika’s character shows how actors conceal their private lives under makeup while stepping into the spotlight on stage. It is indeed thought-provoking to realize that someone posing for the award function pictures in the morning vanquishes in the night. This sheds light on what a person reflects in the exterior; a potentially explosive ball of darkness might exist inside that individual.

Despite all these, the most crucial factor is that the story threads such an engaging garland that you can not restrain from binge-watching. However, you might have been suspecting the potential accused throughout the series, the ending leaves an unsatiated curiosity that makes you await for the next season.

The loud colors and brilliant staging is the appealing factor that makes this series worth watching. Let’s hear how the characters and setup have given a sophisticated aura to the series, according to you.