Harshvarrdhan Kapoor made it to headlines before his movie through a baffling statement that his parents don’t give a shit about his expenses on a show called ‘Bombay Journey.’ Well, we are now used to such statements from the celebs, but we expected the movie to be something that can engrave an impact of Harshvarrdhan Kapoor being a good actor, just like his Dad.

Thar is also produced by Harshvarrdhan Kapoor, and the movie got its release on Netflix on 6th May 2022. When the trailer came out, it felt like Bollywood has something really different to serve, but the cinematic industry won’t fail to prove us wrong.

Let’s have an elaborate look at what Thar has to serve on the entertainment table.

Thar Movie Review: A Pinch Of Nepotism And Not So Good Entertainment

Director Raj Singh Chaudhary has done a commendable job in picking a star cast stuffed with talent and skills. Even though the protagonist is a cause of Nepotism (the way he acted), all the other actors deserved to be casted in more stories. The plot of Thar is set in 1985 in the area of the Thar desert. Surekha Singh, a police inspector, is waiting for an opportunity to prove his worth and, not being a mere watchman, gets what he wants when someone kills Suwa drastically. And then a few more mishappenings take place, giving Police a headache. There are Dacoits, there is a subplot of Afeem Mafias, and there’s Siddharth (Harshvarrdhan Kapoor). Everyone in the story has a different motive, and telling anything over that will be counted as a spoiler. The first half of the movie will keep you engaged with gripping suspense but will fall hard on your face as the second half proceeds, and the story comes to its end.

It will not be fair not to praise the aesthetic beauty of the movie. You will be taken to the loneliness, and brownish shade of Thar never like before and in the most realistic approach. Every shot serves you with a palpable beauty of sand, rocks, desiccated terrain, the barren hills, and the omnipresent dust. You will surely feel the heat of Marusthal. Bollywood has showcased nothing like that ever before, and for that, Thar deserves a round of applause.

It is not a typical Bollywood movie which means the musical approach is unusual too. There is one original song in the movie, while the other lyrics are from Rajasthani folk music. You will not be served with too much or not too less. The background music fits perfectly with the virgin landscapes depicted throughout the movie. 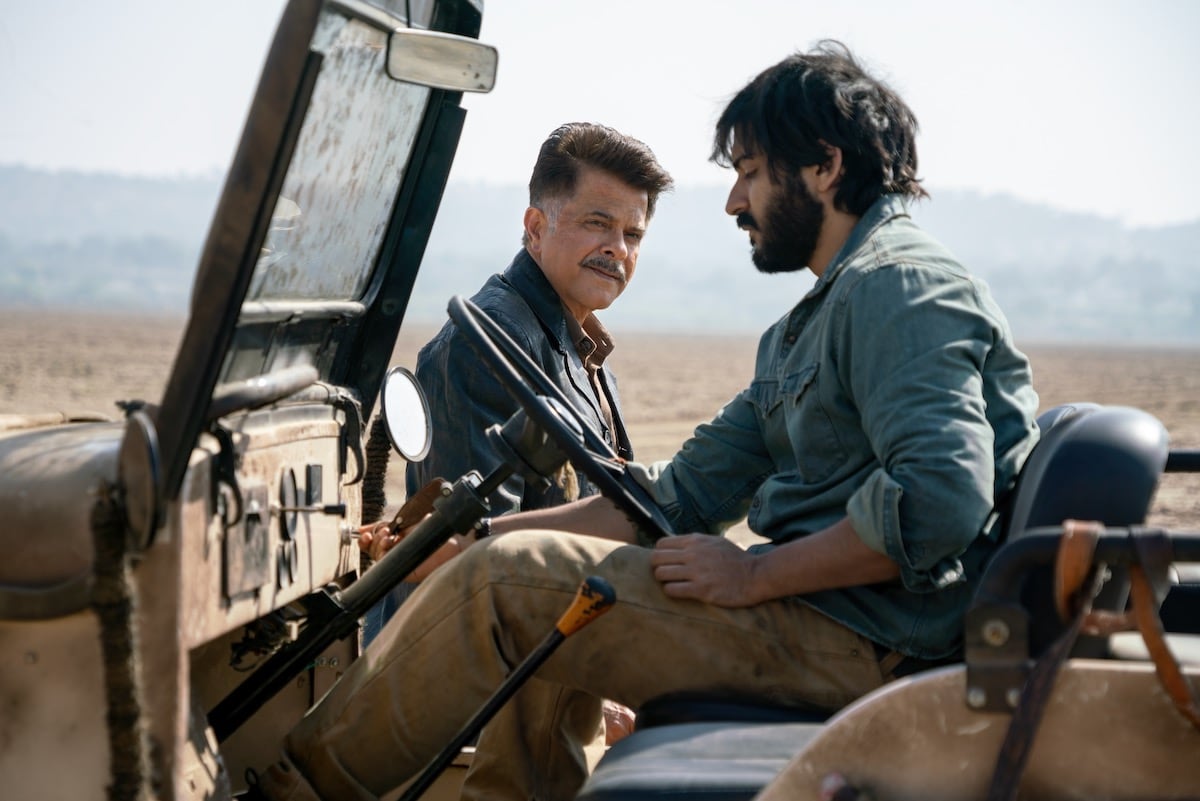 Even though you get a sense that the movie is displayed through a never-like-before perception, the director has experimented a little too much as you will get confused about the locations of the different places shown throughout the story. You won’t understand the roads; you won’t get to know until the end where the hell police station is and why Surekah Singh ( the inspector) wears a jacket in such a hot environment. Some scenes are stretched way too much, increasing the length of the story that would have felt a way better if made crisp and fast. The experiment also has some good scenes to show, and it is every time the brutality is shown. Performance-wise, all the actors have stretched their skills and deserve praise. Undoubtedly, Anil Kapoor has helmed the whole story on his shoulders, and that’s what hurts the most as the protagonist is Harshvarrdhan Kapoor. And only the protagonist fails to impress, which can result from him not being given a good amount of dialogue. Harshvardahn Kapoor is not a theater artist or the extremely experienced one, so thinking of him entertaining the audience just by facial expressions is a failed thought.

It is not as good a movie as it promised to be through its trailer. The way suspense reveals, and it is revealed to be, is nothing close to the gripping news created in the first half. And you will never get a feeling that it’s Harshvarrdhan Kapoor’s movie.