Published in 2006 as a Marathi original and translated as an English fictional drama novel in 2013, Cobalt Blue (2022) is the narrative of a sister and brother who fall in love with their tenant. A cinematic adaptation of the famed novel, written and directed by Sachin Kundalkar, the trailer was released in 2021.

Considering the novel’s ingenious aspects, expectations were bound to run high. However, the question remains: Does the movie stand up to the novel? Read the article to find out.

Cobalt Blue (2022) Review: A Blotch Adaptation Of The Bestseller Novel 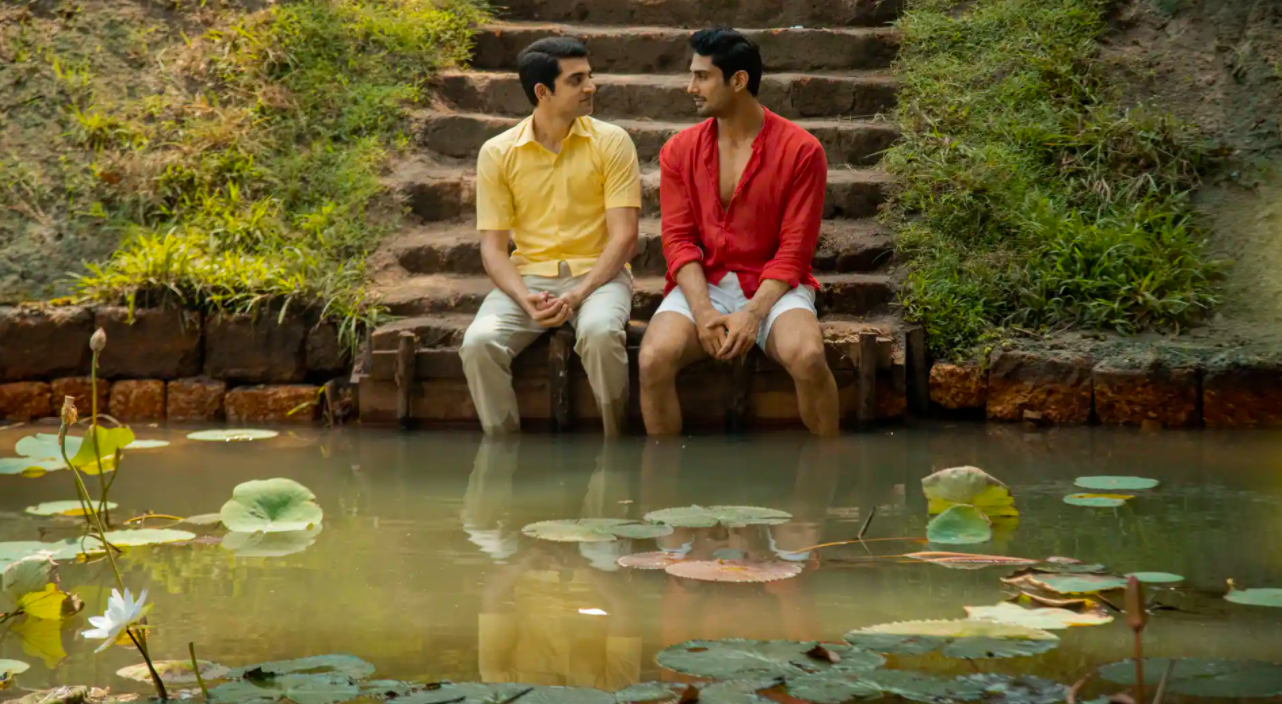 It also puts the story of Anuja, the female tomboy who favors hockey over domestic chores. The novel presents the story of the guy who unshackles the siblings in completely different manners from the brother and sister’s perspective. The tenant turns the lives of the siblings upside down. The movie attempts to settle the thin line between fantasy and invigoration but fails most of the time.

Cobalt Blue (2022) Review: A contrast of text to imagery

Unlike the novel, the movie explores the notions of gender, sexual identity, and family. Somehow, the movie reminds the audience of Luca Guadagnino’s blockbuster and Oscar-winner film, “Call Me By Your Name.” Kundalkar has attempted to recreate the immensely aesthetic sensibilities of the same by setting the movie in an insanely idyllic location, Kerala. However, the movie doesn’t make up for the gay supernova, Call Me By Your Name.

Even though the director tried his best, the twirls in the plot mostly turn out unbelievable and illogical. It can easily be deciphered that most dialogues in the movie are excerpted from the text as they seem better to be read than spoken. A majority of lines are flat with unnecessary & irregular dramatic pauses. It gives space to aesthetics, with warehouses turned into galleries, lakes, and houses alongside waterline. Nonetheless, the plotline remains devoid of any interesting or eye-catching moments except for this. 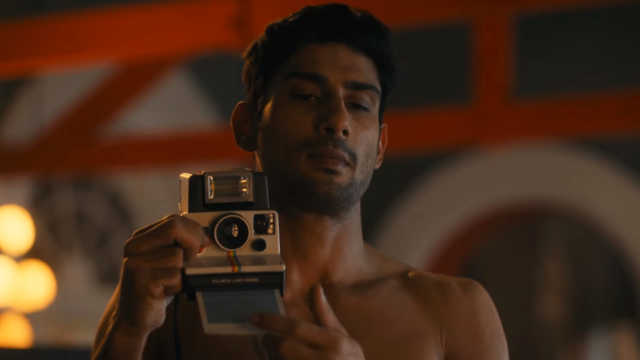 Tanay’s lustful gaze throughout the movie forwards a sense of discomfort as it dominates sexual desire, even toward his professor, the barber, and the strangers on the street playing football. The movie further goes to the extent of the character being shirtless for most of the time to portray sexualization.

The void in the sister’s perspective is a lack in the movie. Unlike the novel, the movie fails to present the dual view from his or her’s perspective. Anuja and the tenant’s premier encounter is bizarre. The boy picks up a bra and asks the neighborhood girls if it belongs to them. When he swings the bra around his wrist, things turn extremely odd, and Anuja snatches it. The consecutive interactions are no less annoying. The movie crashes to tell Anuja’s story, abstracted in a few scenes.

Cobalt Blue (2022) Review: A contrast in his and her story

The politics of gender and family are in the spotlight. One of the provoking moments includes Anuja’s dad convincing her to file rape charges, and she refuses to do the same. From Tanay attempting to involve in sexual activities in public arenas to crashing into the tenant’s room, their relationship remains unquestioned. On the contrary, even though he constantly longs to see the tenant’s room, his sister is usually prohibited. Overall, the movie breaks down to catch the audience’s attention. Although the story comes up with certain interesting and thought-provoking ideas about the loneliness of a queer man in pre-IPC 377 abolition, the movie’s imagery turns out to be a downfall.

Prateik’s restricted screen presence makes it difficult for the audience to connect with him, thus feeling like his character has been undersupported. A couple of scenes and parts in the movie don’t set aptly, thus highlighting the flaws in the direction.

Dasvi Movie Review: A Failed Take On Education Through Glorification Of A Corrupt Politician