Bengali thriller movies have been a huge thing since the black-and-white era. From renowned filmmakers like Satyajit Ray and Rituparno Ghosh to the ones we are more familiar with, like Srijit Mukherjee, Tollywood is filled with extraordinary directors who have made some engrossing thrillers.

While many of these are adaptations of popular books, others have managed to blow our minds too. We might remember the industry for its art films, but the thrillers it has produced are no less and are known to push the boundaries. We have shortlisted some of the best Bengali thriller movies for you. We bet you will love these! 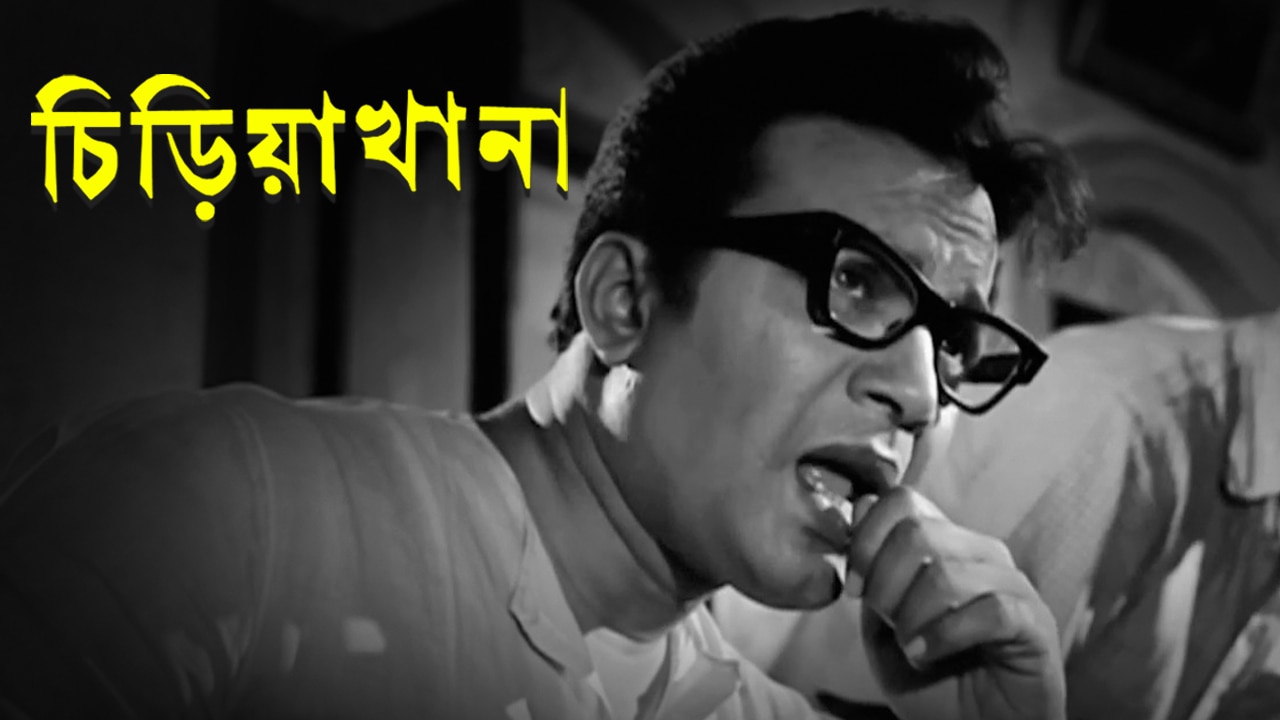 Falling in the genre of Crime-Thriller, the first from the list of Bengali thriller movies is Chiriakhana, which is based on a story (by the same name) written by Sharadindu Bandyopadhyay – a famous Bengali writer known for creating the character Byomkesh Bakshi.

It is a layered story where a private investigator Byomkesh Bakshi, played by the Tollywood legend Uttam Kumar, and his best friend (basically Dr. Watson) go on unraveling a murder mystery. With Satyajit Ray’s amazing storytelling, this is one of the best Bengali thriller movies you can watch. 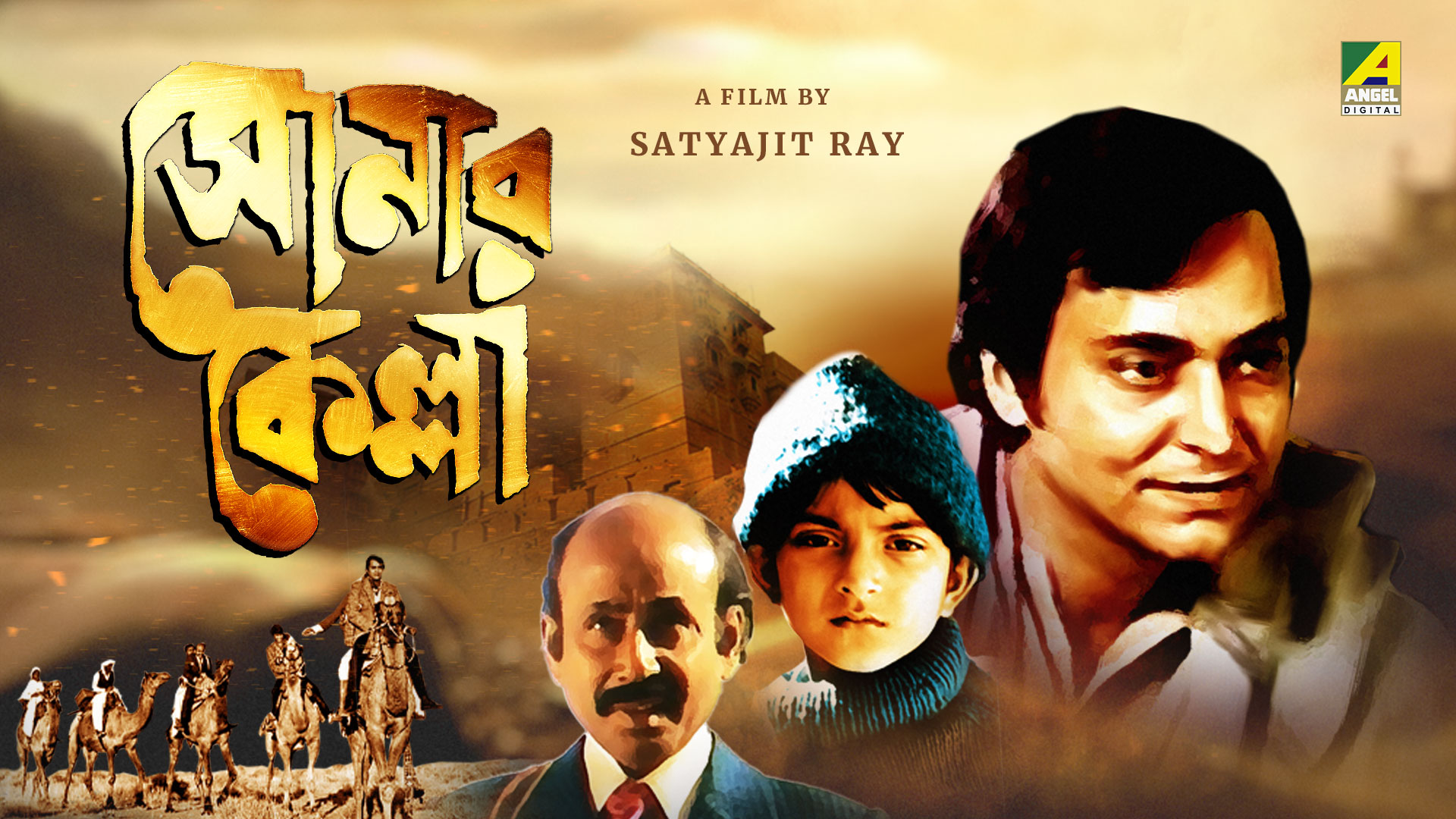 Written and Directed by Satyajit Ray, Sonar Kella or “The Golden Fortress” is an adaptation of one of his stories from the detective series of Feluda – A private investigator. For those who don’t know who Feluda is, he is a self-taught investigator, a voracious reader interested in practically all genres, and a fan of Sherlock Holmes.

The movie is shot in the beautiful cities of Rajasthan, with forts, desert safaris, and colorful culture in the background. This story revolves around a kid who is an alleged “Jaatishwar” who recalls bits from their past life and Goons who wants to exploit him for hidden treasure. You will not be disappointed with this Bengali thriller movie if you are a fan of action and investigative thrillers. A sequel of Sonar Kella, and an adaptation of another story of the detective series of Feluda, is written and directed by Satyajit Ray. Revolving around the disappearance of an heirloom statuette and its investigation, this keeps you engrossed. It has beautiful frames and sequences shot in the streets of Varanasi, and the story is the right mix of murder, adventure, thrill, and comic relief. Ray never fails to amaze the audience with his flawless storytelling and his takes on superstitions!

Starring Soumitra Chatterjee, Santosh Dutta, and Utpal Dutt, some of the best actors in the Industry, this Bengali thriller movie will leave you in awe by the end. 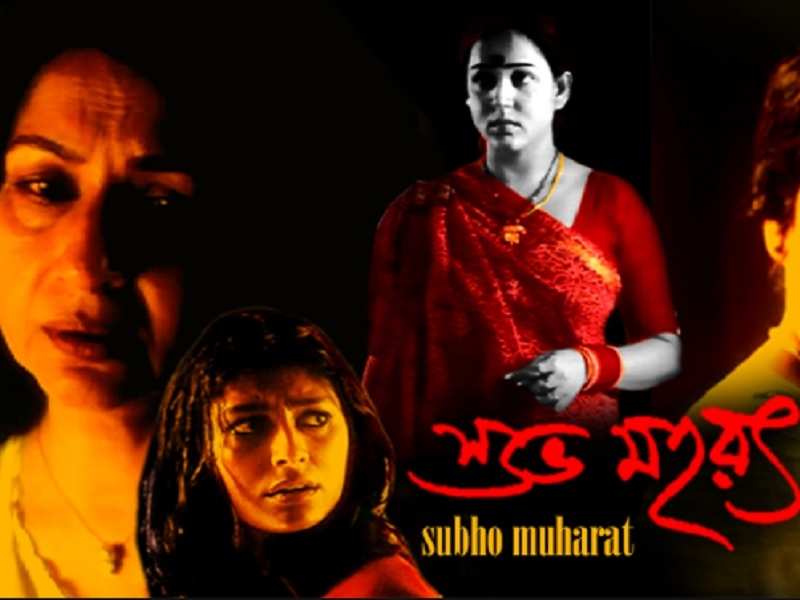 Directed by one of the most loved directors in Bengali Cinema – Rituparno Ghosh, this movie is a balance between the glamorous yet mysterious lives of some celebrities. As the name suggests, this movie is based on the beginning of a magnificent movie – the day is marked by a reception attended by celebs and the press. You will be engrossed as the mysteries unwrap themselves in two parallel stories.

Although this is an adaptation of Agatha Christie’s Miss Marple story by the name of “The Mirror Crack’d from side to side,” written in 1962, Ghosh’s eloquent retelling makes it a marvelous film. Shubho Mahurat was praised by both critics and audiences and received the National Award for Best Feature Film in Bengali that year!

One of the industry’s greatest successes in that decade, Baishe Srabon, is a psychological Bengali thriller movie that is often grouped under the film noir category. Filled with allusions, especially Tagore’s verses, the story follows a psychopath and the police officers hell-bent on catching them. A murder mystery that will keep you on the edge of your seats, the movie is a treat to watch.

The movie has received about 41 awards and has run for a record of 105 days across theaters in the state. The star cast’s astounding performances comprising some of the most popular actors of Tollywood, and a great soundtrack by Anupam Roy are some of the great things you would find in the movie. Oh, and once you are done watching this, there’s a sequel called “Dwitiyo Purush,” too!

An adaptation of a story from the Kakababu series by Sunil Gangopadhyay, this film is captivating from the first scene. Kakababu, aka Raja Roychowdhury, is a former director of the ASI and a former advisor of the CBI who is often sought after by people to solve mysteries – which takes him around the world – even on crutches. Mishawr Rahasya is based in Egypt, as the name suggests, and portrays the rather tumultuous time surrounding Egyptian Revolution. The unexpected twists throughout the movie make this a truly memorable piece.

With a star cast including Prosenjit Chatterjee and Swastika Mukherjee, a beautiful soundtrack (there are songs by Sonu Nigam, Arijit Singh, AND Shreya Ghoshal), and Srijit Mukherjee’s elegant storytelling, this movie was one of the highest-grossing films of the year. Don’t even worry if you don’t understand Bengali, you would love it anyway! 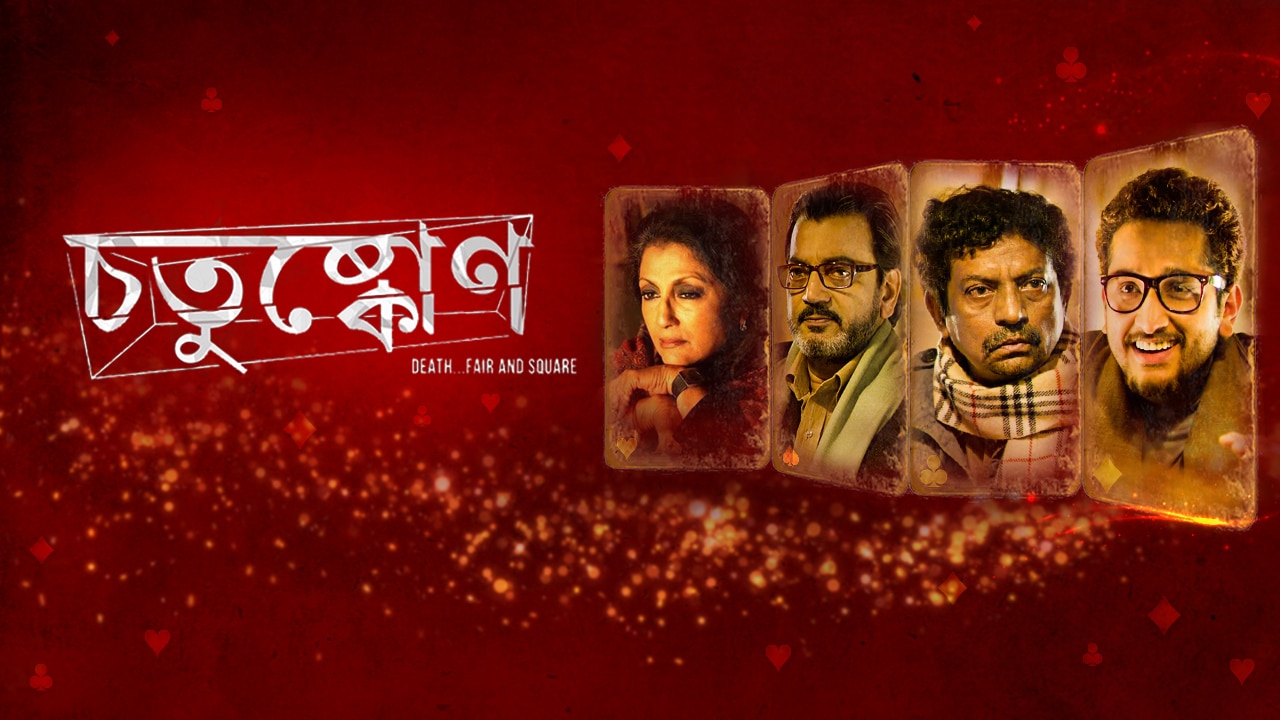 The filmmakers called it a “tale of tales” about four directors and a common theme they work with – death. The movie has jaw-dropping sequences and an extraordinary and layered story. Although you have to sit through the story in the beginning while the makers introduce the characters and create the segue for this thriller. The storytelling and the way the mystery is unpacked are so brilliant they won Srijit Mukherjee a National Award for the Best Director.

If you are a fan of Bengali thriller movies, then you would absolutely love to be on this journey with some of the finest actors – Parambrata Chatterjee, Chiranjeet, and the Veteran Aparna Sen. The eloquent cinematography and the “Basanto eshe geche” track are the things to root for! 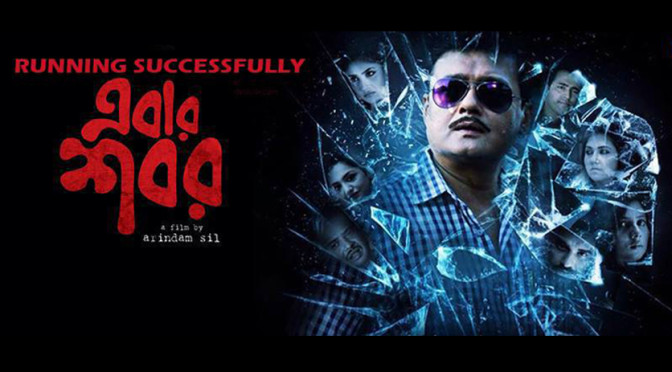 Based on the story “Rwin” (meaning Debt) by Shirshendu Mukhopadhyay, Ebar Shabor is the first of the Shabor franchise and definitely one of the best Bengali thriller movies. The plot focuses on ACP Shabor Dasgupta and his associate solving a rather complicated murder mystery. There are twists, and it is tough even to guess the motive of this brutal murder. As the story unfolds, several love triangles emerge, and complicated relationship problems make it even more difficult for the police to conclude.

Another one of the super hit Bengali thriller movies from Tollywood managed to run house-full for days in the theaters across the state and received some great reviews from the audience and the cine critics.

Returning to another adaptation from the Kakababu series and a sequel to “Mishawr Rahasya,” The former Archaeologist travels all the way to the Himalayas this time. The rumors of a giant beast named Yeti (a huge creature resembling a gorilla that is believed to inhabit the snowy Himalayas – according to Himalayan folk culture) killing a mountaineer spreads mass hysteria at the Everest base camp and in the villages around the foothills. You would be transported to the world of folk culture mixed with modern-day adventures as The duo of Kakababu and his nephew Santu try to solve the mystery around a disappearance.

The Kakababu franchise, beyond being a great addition to Bengali thriller movies, is a great portrayal of disabled people in mainstream cinema. While many movies fail to empathize with disabled people and portray them as helpless, these stories are a testimony that attempts to portray their reality while also keeping in mind the constraints they might have in their daily lives. 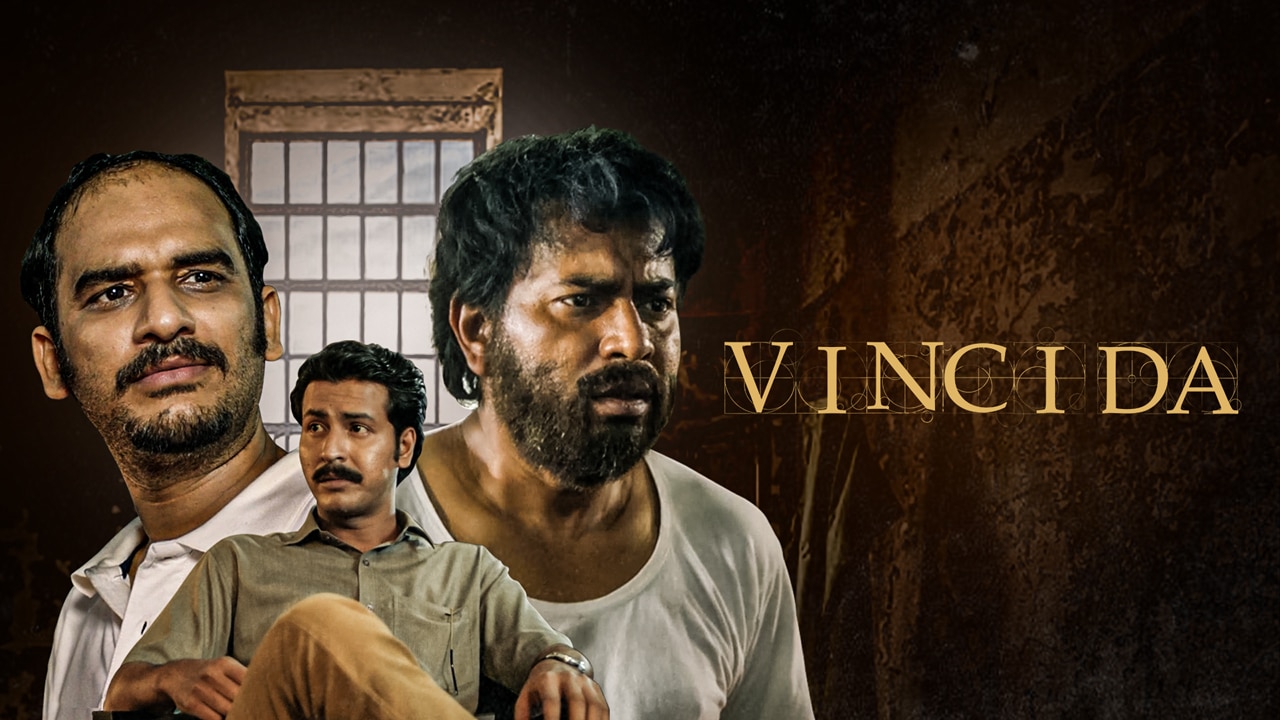 One of the super hit psychological Bengali thriller movies by Srijit Mukherjee, Vinci Da, a wordplay (a rather Bengali wordplay at that) of Da Vinci, this is a unique and idiosyncratic amalgamation of art with the crime. Some amazing prosthetics are being used to not just commit heinous crimes but also confuse the ones trying to solve them. Vinci Da is raw and unapologetic. It is a peak into a criminal’s psyche and the extent to which an artist would save his world. Although it is gory and violent and can trigger some people, it is a mind-boggling thriller you will surely fall for!

Now that you have a list let us know in the comments which Bengali thriller movies you will watch.