It is 2021, and brilliantly fast-paced, comic-evoking shows like The Takeshi’s Castle have almost gone extinct or are lurking somewhere in the shadows, unlike the ’90s. ’90’s’ kids would relate to a number of shows that made their childhood days worth reminiscing because of the unparalleled T.V. shows that aired during that time.

Not to forget classics like The Scooby Dooby Show, Tom, and Jerry, Richie Rich, Oswald, Power-Puff Girls, Pokemon, Dexter, Courage the Cowardly Dog, Beyblade, et al. These were not merely T.V. shows but the opinion of the ’90’s kids; these were ’emotions’ that defined our childhood days.
Channels like Cartoon Network and Pogo have almost moved on with airing these shows owing to godforsaken reasons. First aired in India on Pogo in 2005, which was taken originally from the Japanese game show airing on the Japanese Broadcasting System between 1986 and 1990. The first two seasons had 133 episodes in all, and the game show’s premise was very enthralling, to begin with.

It featured the Japanese comedian Takeshi Kitano (also known as Beat Takeshi) as a count who owns a castle and sets up difficult challenges for players (or a volunteer army) to get to him.
Each episode sees the participation of about 100-150 participants who go through several rounds to qualify for the Final Show-Down and, in that process, obviously get eliminated one after the other.

The Indian version of Takeshi’s Castle

The project of the voice-over of General Lee and the commentary were undertaken by a versatile Bollywood actor Javed Jaffrey, who, with his dynamic and spot-on comic timing, gave a new face to the original show. 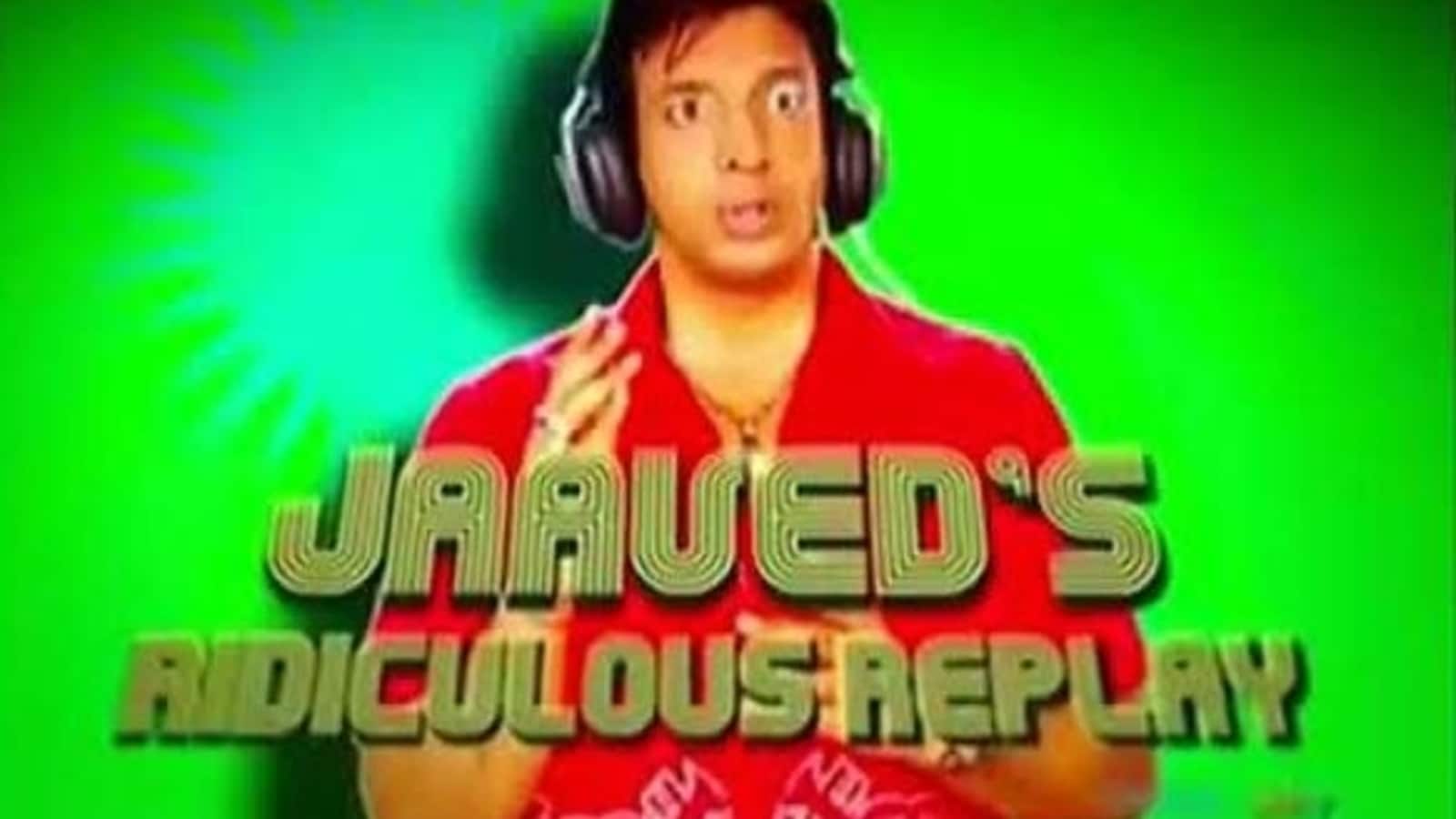 Not to take anything from the original show, but the brilliance of Javed Jaffrey almost outdid the excellence of the one that came from Japan. In Bridge Ball, the contestants walk through a bridge while holding a ball, and the guards keep throwing boulders through a machine to make the contestants fall from the bridge. If you walk all the way, Congratulations! You’re through to the next round. This was primarily used for the qualifications where contestants with their tied hands have to pull down a bun attached to a string to qualify for the main games. 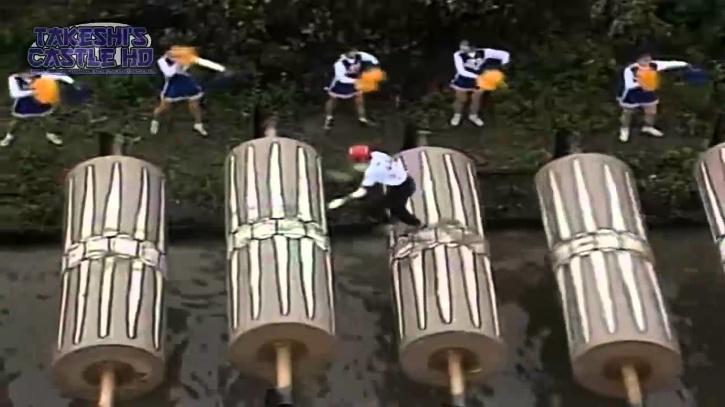 In High Rollers, speed and balance were required to run through giant rollers. Failing to do so would have resulted in the contestants falling in the water. Like the High Rollers, in Dominoes, the contestants were required to run through high Dominoes (16 in number). If you had the balance, speed, and some luck, you would go through to the next round. 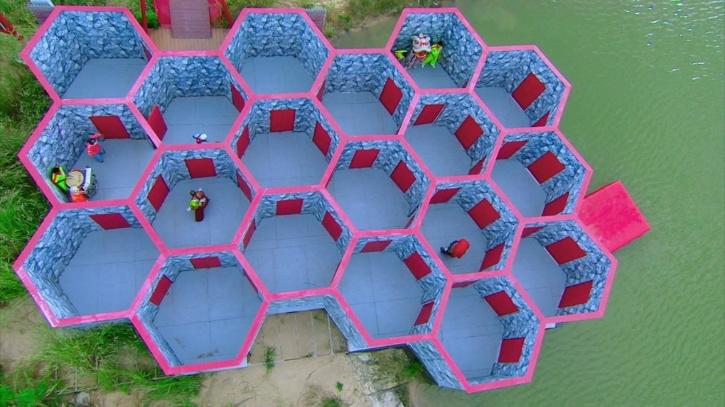 All contestants enter at the same time and have to find their way to the exit. Spookily hiding inside is ‘Strong’ and ‘Kibaji’. They would try to put the contestants off. All the contestants that managed to make their way out of the exit before the final whistle move onto the next game. Everyone who would have been still stuck inside was naturally eliminated. In Go Nuts, the contestants were wrapped in padding and were supposed to climb a hill while acorns were directed at them to knock them off. If their climb was successful and they reached the goal in the red mark, they’d qualify for the next round. Often used as a qualifier, The Great Wall required contestants to climb a great wall and slide down the other end. Those who failed to do so while the whistle blew out would naturally be disqualified. Imbibing the Japanese tradition, in Karaoke, a tune was played, and the participants one by one were required to sing in their respective turns and impress the guests sitting as the judge. 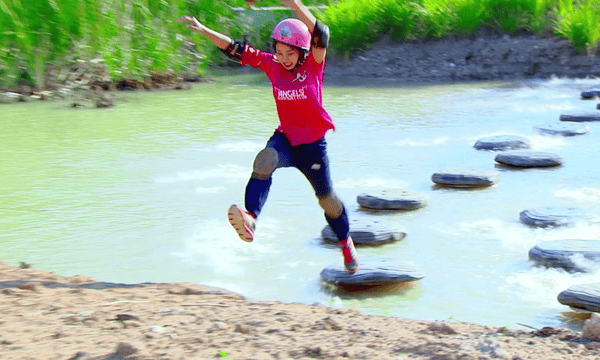 One of the funniest games was Skipping stones, where the participants had to run through a lake that had stones laid down through the stretch. Some stones would sink if stepped on and hence were to be avoided.

Visiting Pogo, Cartoon Network, Disney, Nickelodeon, and other kids’ channels in today’s time does detach us from the nostalgia that the likes of Takeshi’s Castle brought with them. One might even go on to the extent of saying that what Javed Jaffrey did with his commentary was nearly the sowing of seeds of Stand up Comedy in India. Perhaps the standards of classics like these will take another 20 years to get rolling in motion, or perhaps we’ll have to revisit the sources from where we would find this famous and family-friendly show to satisfy our desire and laugh out loud with General Lee, his commanders(the contestants) and the supremely funny and talented Javed Jaffrey.

One does go abysmal thinking that rare shows like these might not be made again and that they will have to live with the memories of the same, but at the same time, this also reflects upon the creative genius of the show’s men. How brilliantly they executed this idea and set the bar real high for the T.V. shows that followed it.

Shows like these offer a sense of respite and keep one glued to the T.V. screens, especially if you’ve had a bad day. One might not deny watching videos of the show on YouTube even in their 20’s or even 30’s and 40’s.

Expectations have been effectively 35 odd years since Takeshi’s Castle was aired on Japanese Television, and we, the millennials, are hoping for a similar kind of a gig releasing to tickle the funny bone, just like The Takeshi’s Castle did back in its day!

Which game do you think was weird and you missed from the show? Let us know in the comment section.