Property And Anupam Kher Net Worth

Anupam Kher is from the beautiful city of Hills, Shimla. He was born in 1955.  India on 7th March 1955. His first movie as an actor in Bollywood was in the year 1982, the movie was called Aagman. Even before the start of his career, his dedication and passion for acting were intense. He was a teen when he first realized that he wants to become an actor.

A play he did in 9th Grade was his breakthrough and made his love for acting grow bigger. He knew then that the stage was his most favorite territory.

He went to Chandigarh to learn acting. Although he had absolutely no resources or guidance then, the zeal to start a career in acting was very clear. After Chandigarh, he moved to ‘the city of dreams with little money but a lot of Talent. In Mumbai, he taught plays and performed, all at the same time. There were times when he had no work, money, food, or help. He even decided to give it all up but he didn’t. He believed that the show must always go on.

He went through a lot on his journey to become a successful actor. His struggling days even made him sleep on the beaches. Nevertheless, he came back with a bang and gave a lot of hits in Bollywood as well as internationally. He started off in Bollywood with movies like Kuch Kuch Hota hai and moved on doing Global films like Silver Linings Playbook.

Since then, he has done over 500 films, Anupam Kher is one of the most recognized faces in Television as well as Films. He’s good with everything he does, from being a host to multiple Tv shows to Theatre, he aces it all with perfection.

He considers himself an artist and hates being called a celebrity. His performances in movies like Khosla ka Ghosla, Tezaab, Maine Gandhi Ko Nahi Mara, and Wednesday are excellent. He is also a proud Indian and always comes forward with his opinions on social issues.

He has influenced Cinema and Art like no other. He was also appointed as the Director of the National School of Drama. He’s radical and extremely professional with his approach to acting and continues to being devoted to the Entertainment Industry. 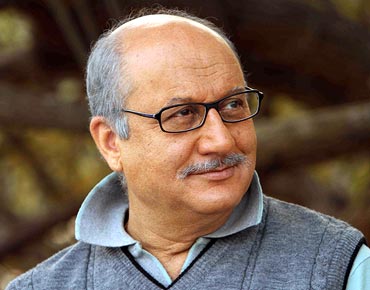