The Duff is an American comedy film of the year 2015, directed by Ari Sandel. This comic genre film is from a screenplay by Josh A. Cagan.

The film version of The Duff has been inspired by and based on the novel of 2010, The Duff, by Kody Keplinger.

Released on February 20, 2015, this film was the first to have successfully attained the CBS Film distribution functions. The distribution was carry forwarded by Lionsgate. The CBS Films also produced The Duff with Vast Entertainment and Wonderland Sound and Vision.

The most significant fact about the film is the popularity and suitability of its genre with a majority of the public. 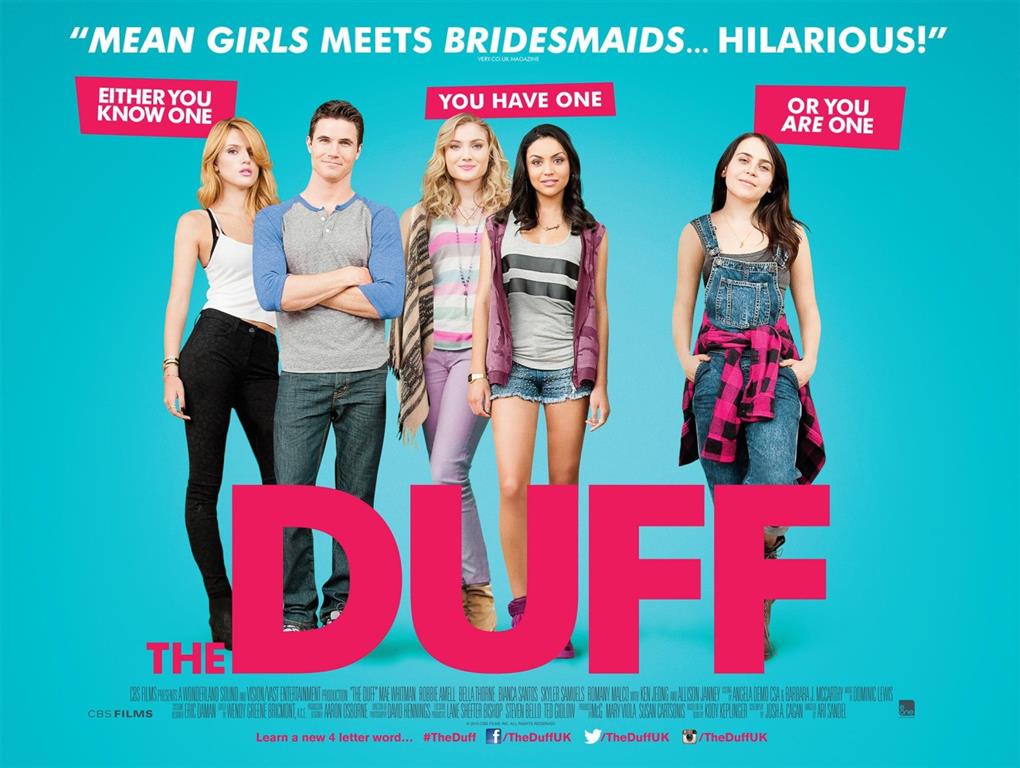 The Duff reviews and responses are mostly affected by the extent to which the public and the audience feel comforted by its content and progression of the plot.

The comic timing and the tinge of humor spread throughout the film inspire and interest the public to view more such films and be acquainted with the genre of comedy.

Often, it is laughter, fun, and humor that helps an individual almost survive an entirely chaotic and stressful routine. And amidst such a hectic schedule, nothing serves better and more comforting than a film like The Duffy with either your close ones or a self-sufficient time for a day.

The Duff reviews have been claimed to be mixed, as received by the critics- grossed at $43 million.

The cast of The Duff Review

The plot of The Duff

Bianca desires to enjoy her high school life, but it turns awful. Initially, she has a good time with her best friends, Jess and Casey, who appear to be more known than she is.

But she is also Wesley’s former childhood friend and neighbor, the popular one at the school’s football team, with whom she had fallen out during the span of senior school. 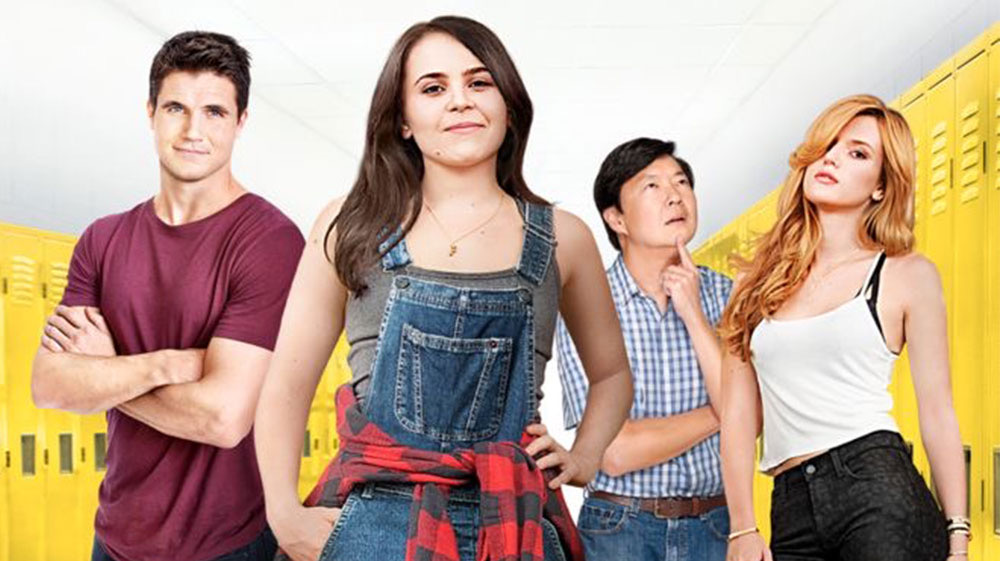 She is attracted to Toby, a guitar player at school, and thus, attends Madison’s party unwillingly to acquire a chance to converse with him. Wesley points her out as the Duff of her friend’s group- The Designated, Ugly Fat Friend. Thus, the party turns out to be disastrous for her.

Wesley explains how being the Duff is not just being fat or ugly but being the least popular one in the group. The Duff is more available to others than the popular kids and is inadvertently exploited to either have fun or reach out to the famous ones.

Bianca is devastated but confronts the truth. In desperation and rage, she ‘unfriends her famous best friends, Jess and Casey, both in person and on the social media handles as well.

Wesley suggests Bianca not be adversely affected by the video. Instead, confront it with might and own it.

He suggests he talk to Toby directly about what she felt. She finally speaks to him about the date, and to her surprise, he accepts. Meanwhile, Wesley is upset about the possible divorce of his parents, and Bianca takes him to his’ think rock,’ his favorite spot for a relaxing venting-out session.

They end up sharing a kiss but laugh over its insignificance. On her date with Toby at his place, she cannot stop thinking of Wesley but tries to forget.

She realizes how Toby had been using her only to get to her supposed best friends. She confronts him, unveiling his superficiality.

She heads to the thinking rock space to share the incident with Wesley, only to find him kissing Madison.

Frustrated with both the boys, she reunites with her friends. Her mother too convinces her for the homecoming dance.

She follows Wesley’s advice and expresses her feelings for him, who informs him he is dating Madison.

Madison hurls terrible insults at her but is explained how all are Duffs who should be true to their identity and how Madison’s insults towards her are but insecure.

Madison crows the homecoming queen and Wesley, king. However, Wesley rejects it and kisses Bianca. They get together. Bianca moves to Northwest University and Wesley to Ohio State.

The Duff reviews have been quite mixed and simultaneously, meaningful just like the movie itself. The most important part is that the movie relates to almost all teenagers in general.

The fling of attraction is an obvious witness in every teenager’s life. The ‘duffing’ and the insults hurled are sometimes even experienced by teenagers in their field of education as well. 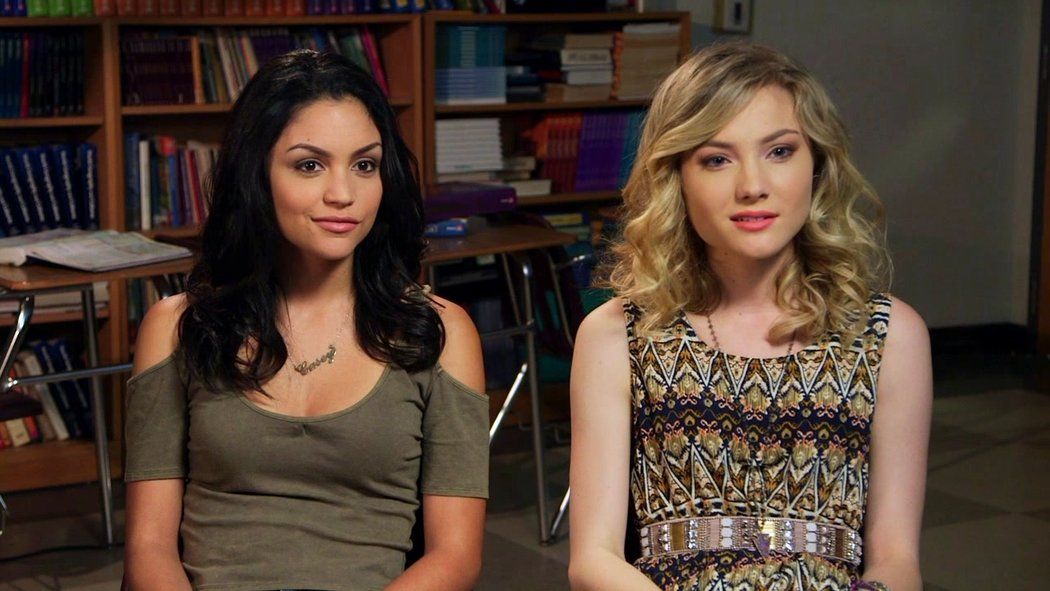 Hence, The Duff is not a mere teenage rom-com movie but, at the same time, offers a valuable lesson.

What makes the Duff reviews a little moving to the low level is that the presentation of the high school teenagers, the school, and their attitudes in entirety do not resonate with the reality.

It is hyped up and a little more illusory. The reality is far distinct from that which is depicted. Hence, the Duff reviews stand at a 6.5/10 by IMDb. Furthermore, the duff reviews by the audience record a 4.4/5.