Seinfeld is an American TV sitcom show famous in the early 1990′ for its talk on realities of everyday life with the additional tinge of friendship through a scathing dose of humor and sarcasm.

Although referred to as a show about nothing’ in one famous episode of the show, the nine seasons of Seinfeld aired on the National Broadcasting Co. (NBC) as the ‘must-see TV show.’

What is most fascinating about the U.S. TV show is that, truly, the ‘worlds collide’ as George stated through the show, as the varying plots are twisted at certain weirdly idiosyncratic points.

Most importantly, this show depicts the very realities and truths of life through worth-watching episodes and incidents that the public can connect with and hence, root them into the depths of their minds.

Being a comedy of manners, the show indeed encapsulates the concerns of contemporary society through the tool of satirizing and equally commenting upon the human foibles. It is of great concern whether the characters in the episodes of even Seinfeld can meet societal expectations, even if they are often morally feeble.

By capturing the monotonous incidents and conflicts of the usual urban method of existence and survival, this show presents Jerry and his group of friends, who relentlessly analyze the course of events and put forth their views through this TV show, usually at his apartment or his coffee shop.

About the show: All 180 Seinfeld Episodes, Ranked From Worst to Best Seinfeld or the ‘show about nothing is an American situation comedy that Larry David and Jerry Seinfeld made. This show of nine seasons and around 180 episodes is about Jerry Seinfeld, the very famous comedian who is the show’s protagonist and his group of companions.

Playing the role of the fictionized version of his self, Jerry’ three most significant companions, both for him and the show, are George Costanza who is his childhood friend; Elaine Benes, his girlfriend who is a relationship freak and a quasi-careerist at the same time; and, of course, there is Cosmo Kramer, the wild-haired neighbor with multiple numbers of to-get-rich and self-sufficiency techniques and schemes.

Set in the New York City at Manhattan’ West Side, the show, Seinfeld, is primarily also about the mundane experiences of daily life through humor, entertainment, and art in abundance, often with a lack of a definite plot. 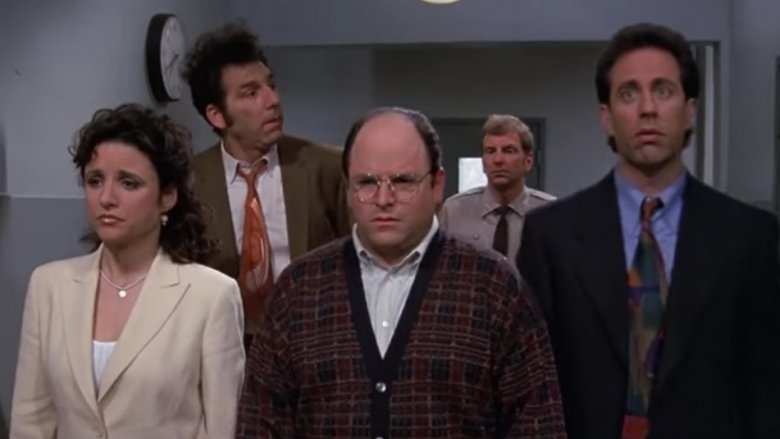 The Best Episodes Of ‘Seinfeld’ According To Me

‘The Chinese Restaurant‘ is considered one of Seinfeld’s best episodes, written by Larry David and the sitcom series Seinfeld, as the co-writers.

Also known as the ‘bottle episode,’ this particular Seinfeld best episode occurred without any scene breaks, in real-time, the 11th episode of Season 2 on NBC and the whole show’s 16th episode. 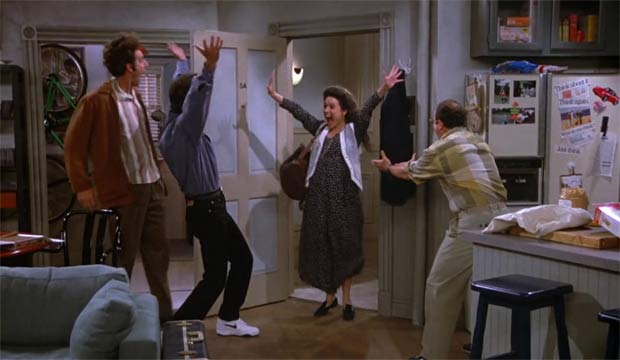 The scene primarily concerns the fictionalized Jerry as the protagonist and his friends, Elaine and Kramer, waiting at a Chinese Restaurant for a table.

This is perhaps one of the two very important episodes of Seinfeld that does not feature Jerry’s other significant companion, George.

The friends mentioned in the scene are waiting to attend a one-night show by Ed wood’ ‘Plan 9 from Outer Space, a science fiction, infamous though.

The man at the hotel repeatedly reminds the crowd, eagerly waiting for a table, that they would receive one in “5, 10 minutes”.

Though the very special one-night movie had not even begun, and there was still time for it to commence, there seemed other concerns to be worried about already that this particular scene unravels.

Jerry lies to his uncle for not attending the dinner, and he prefers to be at the movie. He comes across a woman at the restaurant and feels that he is acquainted with her but fails to recognize her.

Finally, when this strange woman approaches him, she recognizes him as his uncle’s receptionist, and his guilt soars to the peak when he realizes that she would inform his uncle about their meeting. On the other hand, George wishes to call up his girlfriend, Tatiana, to join them at the party but cannot as the payphone is occupied.

He leaves her a message, and as she calls him back, the man at the party calls out ‘Cartwright.’ On failing to realize it is a mispronounced version of his name, she is informed that George has left and is not present. Elaine is dared to eat an egg roll from someone’s table as she is too hungry.

She approaches a table and promises to split the money as she comes out, victorious and all the while laughing at her cleverness.

She bribes the maitre d’hotel to get them a table while he fails to comprehend her hints but takes away the money.

However, Elaine refuses to have the standing food at the movie. She goes out to get a hamburger, George no longer wishes to remain as his girlfriend had not been able to come, and likewise, Jerry leaves to attend the dinner with his uncle. 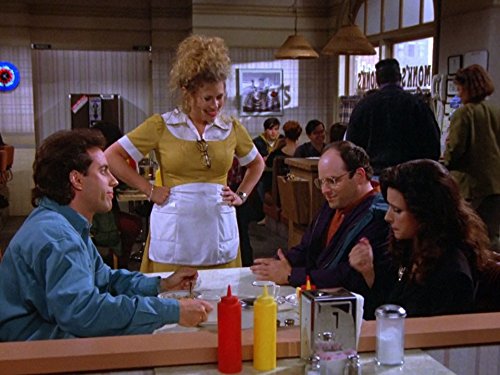 As they exit, the party is called for. Known as one of the Seinfeld best episodes and a ‘classic’ episode, this gained a Neilson rating of 11.7/22.

Each of them is given to temptations- Kramer on seeing a naked woman in the neighborhood, Kennedy at Elan’s fitness club, Jerry’s girlfriend.

Marla agrees to lose her virginity to him and, George is aroused at seeing an attractive nurse give a sponge bath to another woman.

The best Seinfeld episode ends with Kramer with the woman on the streets and Marla with Kennedy. The winner is not revealed. As ‘100 Greatest episodes of All-Time’ in TV guide, 2009, this episode was ranked number 1.

The Soup Nazi, The Parking Garage, The Limo, The Abstinence, The Chicken Roaster, The Heart Attack are some of the other best Seinfeld episodes, widely appreciated.

A few quoted words by the characters in the series are but life-changing and inspiring.

There is no such thing as fun for the whole family.

A bookstore is one of the only pieces of evidence we have that people are still thinking about.

You can be passionate about anything. Pay attention, don’t let life go by you. Fall in love with the back of your cereal box.

To me, if life boils down to one thing, it’s movement. To live is to keep moving.