A show with perfect command over the tone, Masaba Masaba is neither too somber nor overwhelmingly frivolous. Released on 28th August 2020, it portrays a semi-autobiographical real and relatable narrative of the fashion designer, Masaba Gupta.

Like the television characters of Louie, Seinfeld, and Ramy, Masaba plays her version in the show. Her effortless acting and innate likability never let one distinguish between when she is performing and when she is herself in Masaba Masaba. Reviews have suggested that her brilliant performance can lead her to switch her career from fashion design to that of an actress. The least that one expects is a kind of side-hustle as an actress.

The opening starts with “24 hours ago” when we witness Masaba mentioning how she is not feeling great and needs filters and coffee. Then she tries on various outfits with her fashion designing team. Rumors about her failing marriage are spreading in the media, which she terms as gossip. Similarly, when her mother, Mrs. Neena Gupta, hears about the article that the media has published, she also brushes off the information.

However, gossip spreads quickly as it is its nature. Kiara comes over to look at Masaba’s collection, and she appreciates the outfit chosen for her. When Kiara brings up the rumors about her collapsing marriage, Masaba dismisses them as gossip. Therefore, it becomes much more than a piece of media gossip. Afterward, Masaba visits the therapist, who has a strange conversation about hair smell!

Later in the day, Masaba goes for a drink with her friend Gia, who also brings up the article containing the “rumors” about Masaba’s failed relationship. Gia jests and jokes with Masaba about these rumors. Having decided to fight the rumor on Instagram, she posts a nice picture of her and her husband with the caption: Haters gonna hate”. Meanwhile, her mother keeps fretting about the article and sends several voicemails to Masaba.

When Masaba and her husband, Vinay, attend a fashion awards event, they are constantly pestered regarding their supposed separation. Here, Masaba introduces Vinay to Dhairya, her investor, who has an ex-wife. The situation becomes extremely awkward as Masaba does not know about Dhairya’s divorce. Masaba is awarded the fashion accolade for being the Millenial Fashion icon. In the acceptance speech, she thanks Vinay and cracks a divorce joke.

After the event’s conclusion, Vinay states that he wants to drive back separately from the event, given that he has already moved out of their house. It becomes evident that there are some issues within their marriage.

A colleague overhears the story, and the rest becomes a disaster. Vinay tells his wife that the truth is bound to be revealed at some point, and divorces are normal. The bombshell Vinay drops is that his family is already aware of the impending divorce. He finds it easier to make an official post on Instagram regarding their divorce.

So, both of them make the post about honesty to themselves and their fans and ask for some time to heal: “Every ending is a beginning. Love doesn’t always follow a straight road.” Thus, this episode illustrates the life of a famous person when they are going through rough phases.

Season 1 Episode 2: I Got It From My Mamma 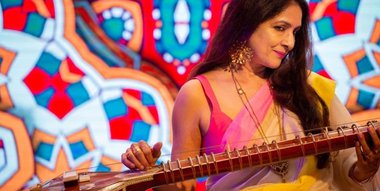 After officially announcing the divorce on social media, Masaba escapes to her mother’s house to hide from her innumerable problems. She is unable to get out of her bed or even have a shower. Masaba shares her depression on social media as she hits the breakup blues.

The next day, she makes some rules for herself to get motivated and move on in life. She made it a point not to text her ex and work out and feel healthy. Despite invitations to family events, Neena wants to have a meeting with Farah Khan. She has been advised to calm down to try and enjoy her life.

However, she ignores that advice and is determined to continue her career. Later, Masaba becomes angry with her mother for her bickering and the distractions created in the house. Neena makes a sarcastic apology for whatever she does for her daughter.

Masaba’s investor, Dhairya rings her up. He seems frustrated due to the lack of updates from Masaba regarding her collection. Suddenly, Neena grabs the phone, rebukes Dhairya for bothering her daughter, and puts the phone down. When Neena goes in for the meeting, she receives positive news that they have agreed to push her for roles. However, she feels extremely insecure about her career when she is with her friends in the evening.

Gia cannot accompany Masaba to an art event for her friend, Shibani. On her arrival, Micky and Shibani speak about her divorce instantly. They expect Masaba to purchase something at the event. While leaving the art event, she comes across a man who mocks the piece of art she has purchased. She shares a spliff with this man and says she only shows support for her friend. Though arrogant, the man intrigues Masaba.

On reaching home, Masaba finds that her mother has discovered a photo of her daughter with her Manav. Neena lectures her, saying that Manav has behaved quite horribly with her and accuses Manav of being the cause of her daughter’s divorce.

They argue on this issue, and Masaba leaves the house. Therefore, the second episode underlines the pains one has to face after a divorce announcement. 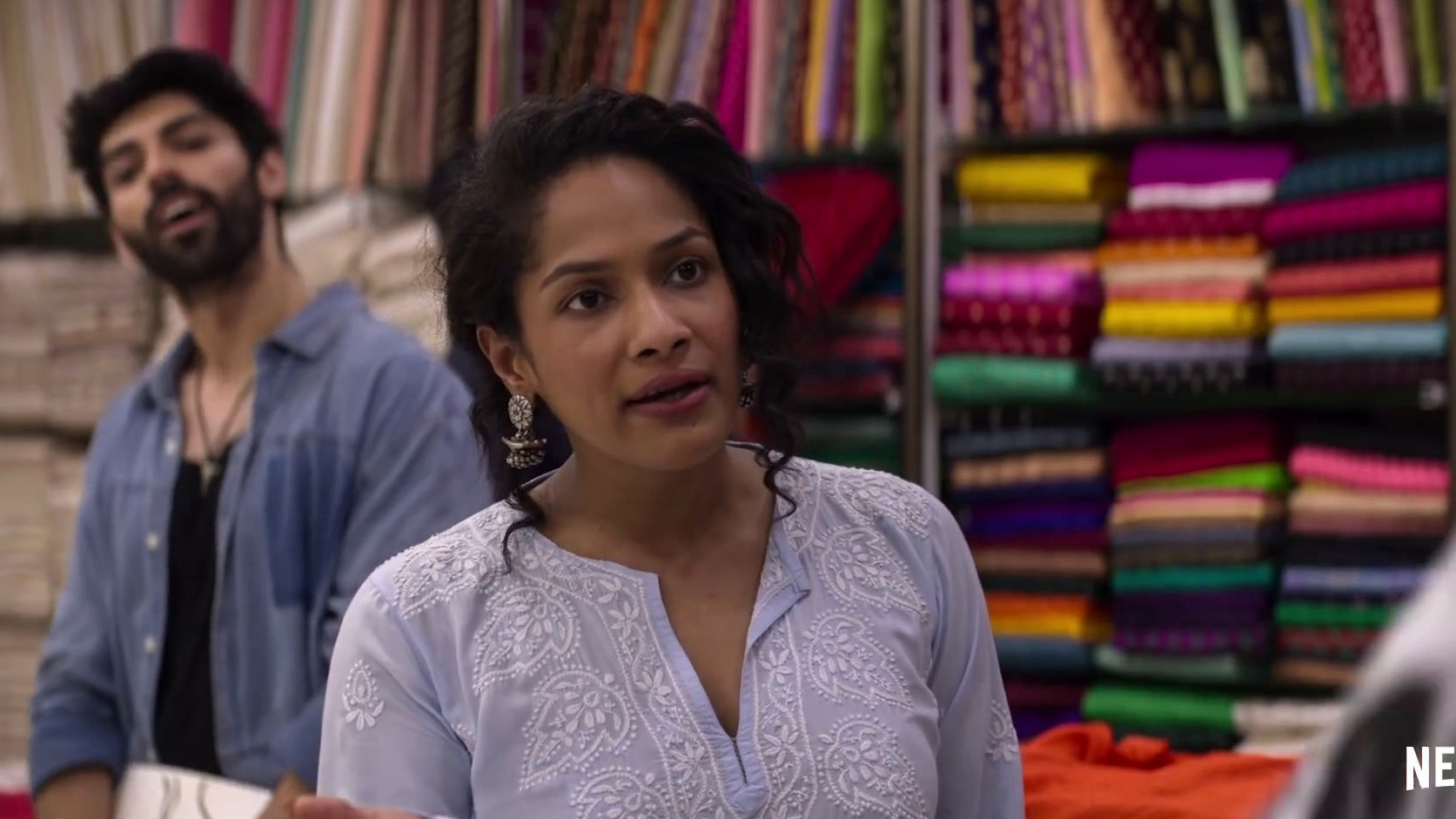 Masaba stays with her colleague, Gehna, and receives inspiration from Gehna’s house to have a space of her own. After that, she sets about hunting for apartments. Meanwhile, her mother wants to sort it out with her daughter but gives in to her stubborn nature. On finding her new home, Masaba makes a post on Instagram. When Neena rings her agency, she finds that everyone has been cast apart from her.

Masaba gets enraged with the broker, who tells her she cannot have the apartment because a celebrity will lead to problems. As she screams on the phone, Dhairya comes to her office with his daughter Pax and wants to know if she is working on the new collection. Dhairya’s offer to help her comes off as an instance of sexism to Masaba. Dhairya texts his friend’s number to Masaba for an apartment and walks away from the scene.

Now, we come across Jogi in Masaba Masaba, the man from the last episode. They have fun together at a bowling alley. Masaba asks Jogi to collaborate with her on the new collection and decides to let the inspiration come to her.

She avoids speaking to her when she visits her mother’s house to get her things. However, she creates a great post about Neena and her acting career. They become friends again as Masaba agrees to stay for the time being.

The next day, Masaba’s friends help her to move in. They give her a sex toy as a moving present and have some drinks. After everyone leaves, she settles down to vibe in her new house. Masaba feels alone because nobody else is in her house.

She leaves a text to Dhairya to help her to find the house. Soon Manav comes over, and they hook up. Afterward, they argue as Manav criticizes her that no man can make her happy. 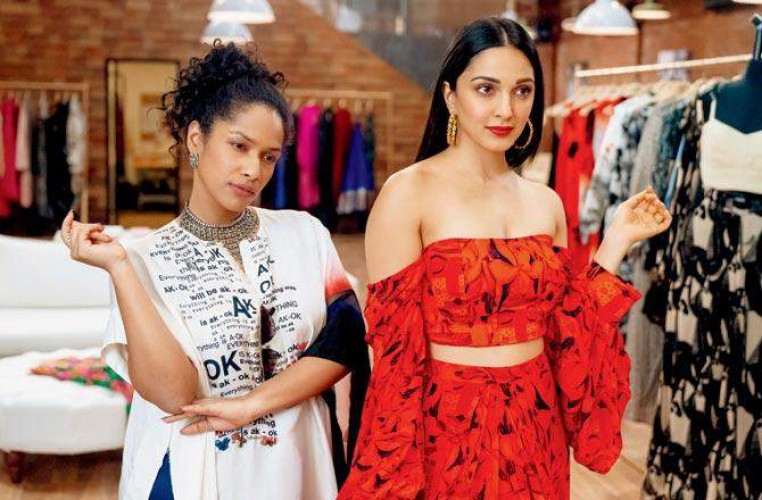 Masaba takes part in a TV commercial recording. As it is a waxing advertisement, the director tells her to act sexy while removing the hair from her legs. Meanwhile, her mother is also playing a role along with Mithila.

Since it is a music video about an aunty, Mithila is unhappy to be there. Thus, both mother and daughter are proceeding in life after many struggles.

Gia resents Masaba’s recent behavior towards her, especially if she is okay and how she is coping with the stress associated with the bar. Pressurized to maintain the family legacy, the upset Gia walks out of Masaba’s house.

To cheer her up, Masaba dedicates a post to Gia on Instagram. Saving her friendship with Gia poses a new challenge to Masaba.

When Jogi rings Masaba on a video call, the latter comes to know that Jogi is gay. Dhairya visits her at work and presses her to provide him with updates about the new collection.

Moreover, he asks for a favor to hire Pax in the form of an intern. Jogi walks in with a spliff and Masaba is embarrassed when Jogi tells Dhairya that they are yet to come up with good ideas. This episode shows Masaba discovering the world as a single individual.

A glance into the last two episodes

The fifth episode proves to be the funniest in the series as everything becomes hilariously wrong in a catwalk boat scene. ‘Hot Mess’ showcases Masaba embracing self-love and facing her problems. It is a perfect ending to the first season of the series. Netflix has announced that season 2 is soon to arrive, with all probability of Netflix dropping it in 2021.

According to Masaba Masaba reviews, some scenes appear more lively than others. The story of Masaba Masaba never seems unbelievable or the acting as plastic as Masaba’s mannequins. Director Sonam Nair does not fail to depict honesty in even the most bizarre scenes.

Masaba’s glorious mother, Neena Gupta, steals the show. Besides portraying the account of Masaba’s emancipation as she comes out of a failed marital relationship, the show highlights

Neena’s efforts to establish herself all over again as an actor in an industry which does not treat its seniors favorably. Her upliftment arc ends so pleasantly that the viewers will undoubtedly want to scream ‘Badhaai Ho”.