Balika Vadhu is one of those television programs that has stayed with us even after being taken off the air. We are still thinking about the ground-breaking show on child marriage that ended up rousing up many people in the country with its message.

The show’s innocent questioning about child marriage by Little Anandi, played by Avika Gor, sparked a nationwide discussion on the sensitive matter. The show is back with another season as Balika Vadhu season 2.

About the previous show: 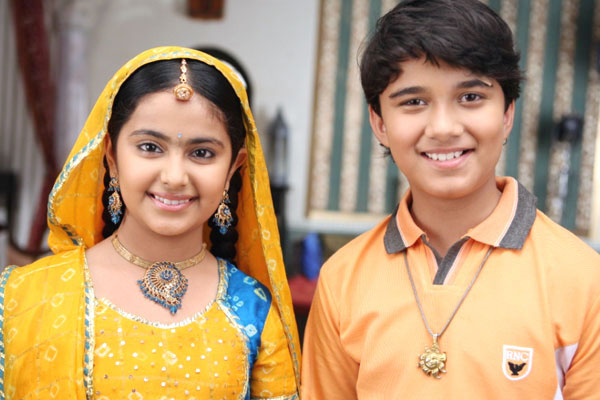 Balika Vadhu was first aired in 2008 and was canceled in 2016. The program has seen a lot of twists and turns over the last eight years, as well as new characters. The narrative, however, couldn’t keep the audience’s interest for long. The show’s TRPs fell, and the producers decided to call it a day. Do you know that after 2000 episodes, the show was inducted into the Limca Book of Records as the longest-running daily fiction soap?

Last year, during the pandemic, the show was re-run, as were many other classic television shows. Fans were treated to a treat, but the real fun is still to come. With a new season, Colors is bringing back Balika Vadhu season 2.

Balika Vadhu’s season 2 was just unveiled with a teaser on social media by the show’s creators. The channel shared a video of the small girl playing Anandi and her mother enjoying her and contemplating a good boy for her on Instagram.

Balika Vadhu season 2 will revolve around child marriage once again, but as the teaser hints, the little girl’s trip will put an end to India’s current child marriage tradition. It’ll be fascinating to watch how the story portrays the path of tiny Anandi as she deals with the numerous challenges that come her way at such a young age.

The channel recently aired another ad for the show in which Shreya Patel, who will play Anandi on the show, debuted her first look.

During the show’s first season, Avika Gor and Avinash Mukherjee played the lead characters Anandi and Jagya. According to the Freepress journal, Shreya Patel and Vansh Sayani will play Anandi and Jagya on the show this time.

According to the same report, other significant roles on the show will be played by Ketki Dave, Supriya Shukla, Riddhi Nayak Shukla, Seema Mishra, and Anshul Trivedi. The supporting cast includes several well-known television personalities.

All of the actors have previously appeared in major television shows. On the show, Riddhi Nayak Shukla will reportedly play Anandi’s mother.

Ketki Dave, who has been in several prominent television shows such as Kyunki Saas Bhi Kabhi Bahu Thi, Pavitra Rishta, and Sanjivani. However, there is no word on what roles the other performers will play in this rebooted version of the show.

Even though the sequel’s release date has yet to be revealed, rumors say that it will premiere in August of this year. According to Indianexpress, Balika Vadhu 2 has already begun filming in Rajasthan. The team will return to Mumbai and shoot in the city after shooting a brief schedule there.

This isn’t the first time a popular television show has been resurrected in a rebooted edition. Saath Nibhana Saathiya, Sasural Simar Ka, and Kasautii Zindagii Kay, among others, have already made comebacks. While some were successful in attracting a large number of viewers, others were a complete failure. Let’s see if Balika Vadhu 2 lives up to the audience’s expectations.

The much-anticipated show returns yet again:

The much-loved show Balika Vadhu will return to Indian television shortly for its second season. According to a new trailer, Shreya Patel has been cast as the new Anandi, who will battle to eliminate the practice of child weddings.

The trailer starts with a Grih Pravesh ceremony before transporting her to a white desert. Anandi is dressed as a bride, complete with bangles and crimson dye on her hands. In addition, the new Anandi appears to be younger than Avika Gor, who performed the same character in the first season.

In June, the show’s first trailer was published, featuring a young child dressed in a traditional red skirt with her head wrapped in a dupatta. While she was learning to walk, her mother assured her that she would soon find an equally gorgeous spouse for her.

Meanwhile, the second season of Balika Vadhu is said to have started filming in Rajasthan before moving to Mumbai. Shreya Patel and Vansh Sayani will take over as Anandi and Jagya, respectively, from Avika Gor and Avinash Mukherjee. Riddhi Nayak Shukla, Ketki Dave, Supriya Shukla, Seema Mishra, and Anshul Trivedi will also play pivotal roles in season two of the drama. While there is no official announcement date yet, the show is expected to premiere in August of this year.

Balika Vadhu originally aired in 2008 and quickly earned a large following. While Avika Gor and Avinash Mukherjee portrayed the primary parts of Anandi and Jagya, Pratyusha Banerjee, Toral Rasputra, and Shashank Vyas played the adult roles of the same characters. Sidharth Shukla, the winner of Bigg Boss 13, was also a guest on the show.

Balika Vadhu season 2 will be released on August 9.

Balika Vadhu season 2 all episodes will be available on Voot.

Minimum Requirements For Free Fire For PC And How To Install It?