While every other teenager is raving about Netflix’s final addition to The Kissing Booth series, we found the criticisms to be an unlikely mix of opinions. Read on for the review of The Kissing Booth 3, is it worth watching or not?

The plot is set in west America, a classic teenage cliché with everything you’d expect out of it- from love triangles to massive mess-ups, crazy high-school drama, and some swoon-worthy dialogues! Elle and Lee are best friends, with no complications involved, until Elle finds herself falling for Lee’s older brother Noah- that is where the story escalates, rockets, spirals, recoils, and falls headlong into the ocean!

Unlike a few other trilogies, the entire series offers something different that the audience has to deal with, leaving them at cliffhangers for the first two movies and thus making them want more of the rambling and then ending with a solid, a little conventional- a lot heart-breaking finale. It is a gamble- throughout, both emotionally and intellectually.

One of Noah’s old crushes, Chloe crashes with them for the summer, causing Elle to get jealous. She strikes back by involving Marco (the boy she kissed in front of Noah in the previous movie) in their plans.

Question: Are we apprehensive that either of the two will manage to upset Elle and Noah’s relationship? 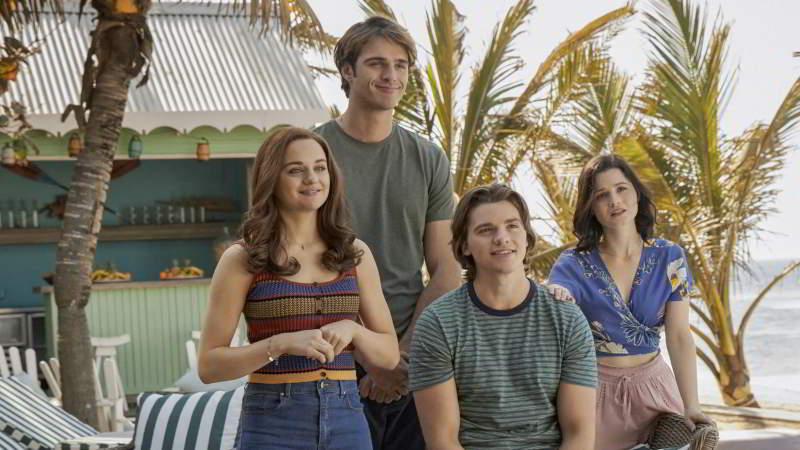 Mrs. Flynn decided to sell the beach house, but the “kids” convince her to let them take care of it over the summer. Whom are we fooling here? They’ve just been handed the keys to the ultimate party pad for an entire summer. But the movie is too basic to go off on a tangent exploring all that could go wrong with two couples and a beach house, which is, it maintains its promises of being a classic teenage drama.

Too much to do, too little time!

For most of its runtime, The Kissing Booth 3 is like narrative sand slipping through your fingers. There is a whole new summertime list for Elle and Lee to exhaust while handling work, relationships, massive decisions, and a late-arriving sense of identity. A little too much for one to deal with, all crammed up in very little time.

Is the finale enough?

The series has attracted quite a wide audience throughout its two-year journey. At a lot of points in this final release, we can be seen wanting more of a particular bit. The close-knit trio is determined to make this the most memorable summer ever, which is the essence of the movie. The list includes everything from skydiving to sumo wrestling. And although the flash mob and cosplay racing scenes are pretty memorable, the rest is reduced to mere montages.

Excessively paced towards the end 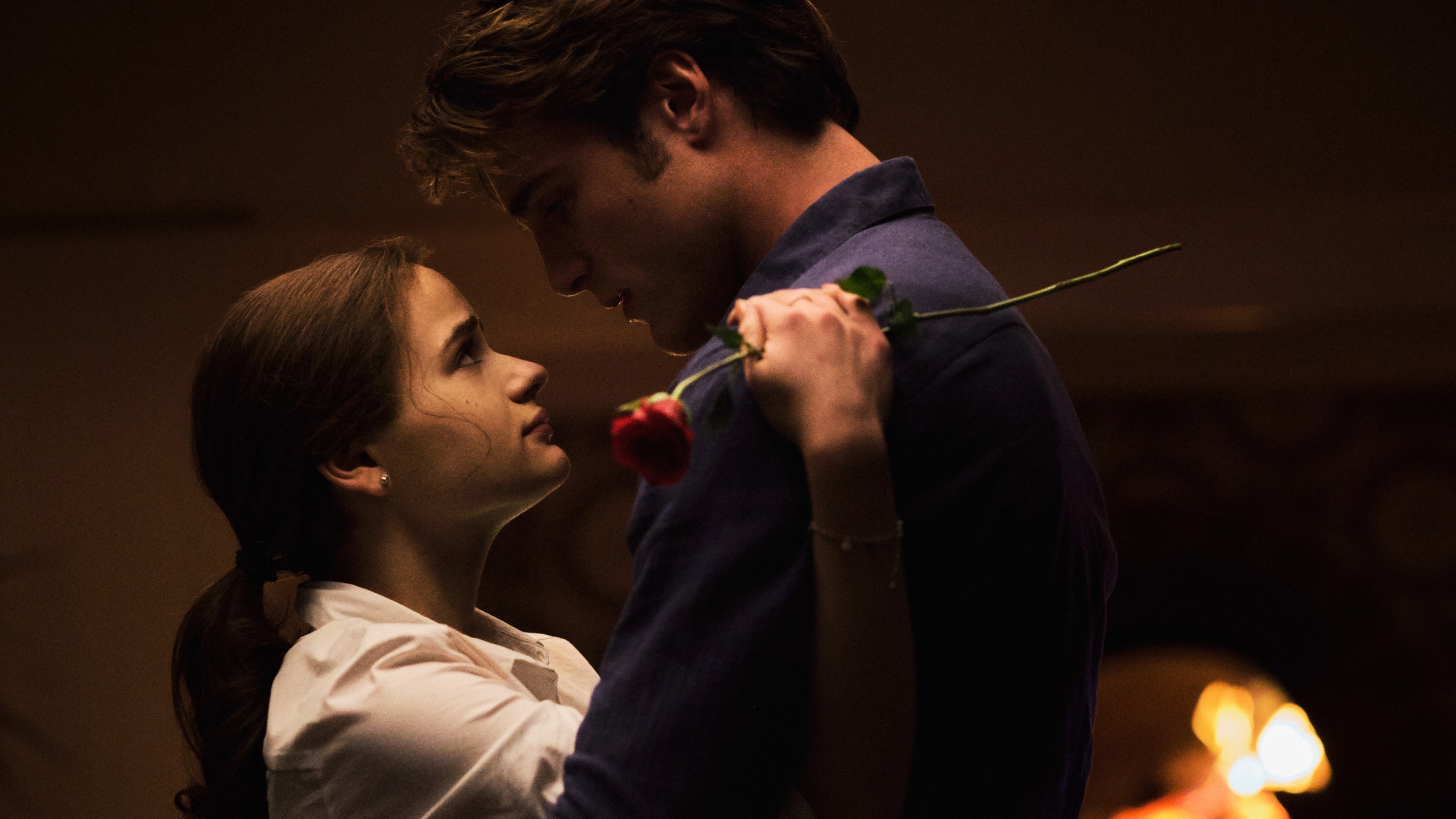 As discussed, Elle is seen experiencing a late-arriving sense of identity, trying to become who she wants to be and not what the Flynn siblings wish for her. A lot of things are left unsettled, and the sense of ‘finale’ satisfaction is missing. 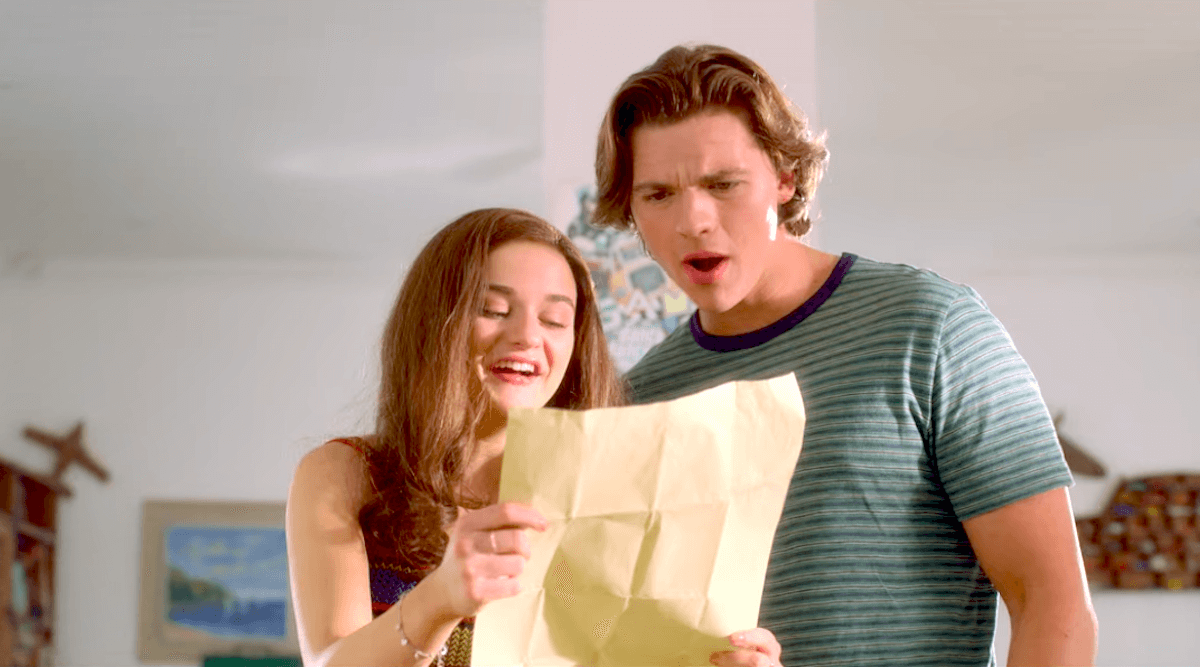 The plot stresses Elle and Lee’s ultimate bucket list throughout the movie, but surprisingly, there is not much we can remember them doing once the movie is over! A shocking lack of growth as characters deal with the same struggles over and over again.

We half-wished to watch Elle and Lee having fun with the list throughout the movie, while also shipping Noah and Elle together, while also wishing that the film had been about those six intervening years, in which Elle develops a personality of her own and what is it even with Marco looking so damn good?!. It is all a little too much left without any direction for the audience to follow.

Amidst all the things happening at once, the makers did miss out on many practical facts they should have considered. What is it with Elle buying an apartment in her freshman year? Harvard does not allow off-campus housing in the first year. What is it with a school like USC, accepting Elle on no solid basis or coding background? What is it with Lee still being mad at her for dating Noah? And the most important one, why has the beach house never been mentioned before if it holds the said sentimental value to all the characters?

There are many perspectives we could judge something upon. Let us know your views on whether the series ended for the good or the worse!