Posters are one of the most important parts of a film. They are the first to be released and gives the audience an idea about the film and its motto.

Also, known to excite the viewers about the film, and thus involves tons of creative inputs. Using various forms of art, a poster is indeed the best way to engage with the viewers!

Following are some of the most creative and engaging film posters we have come across! 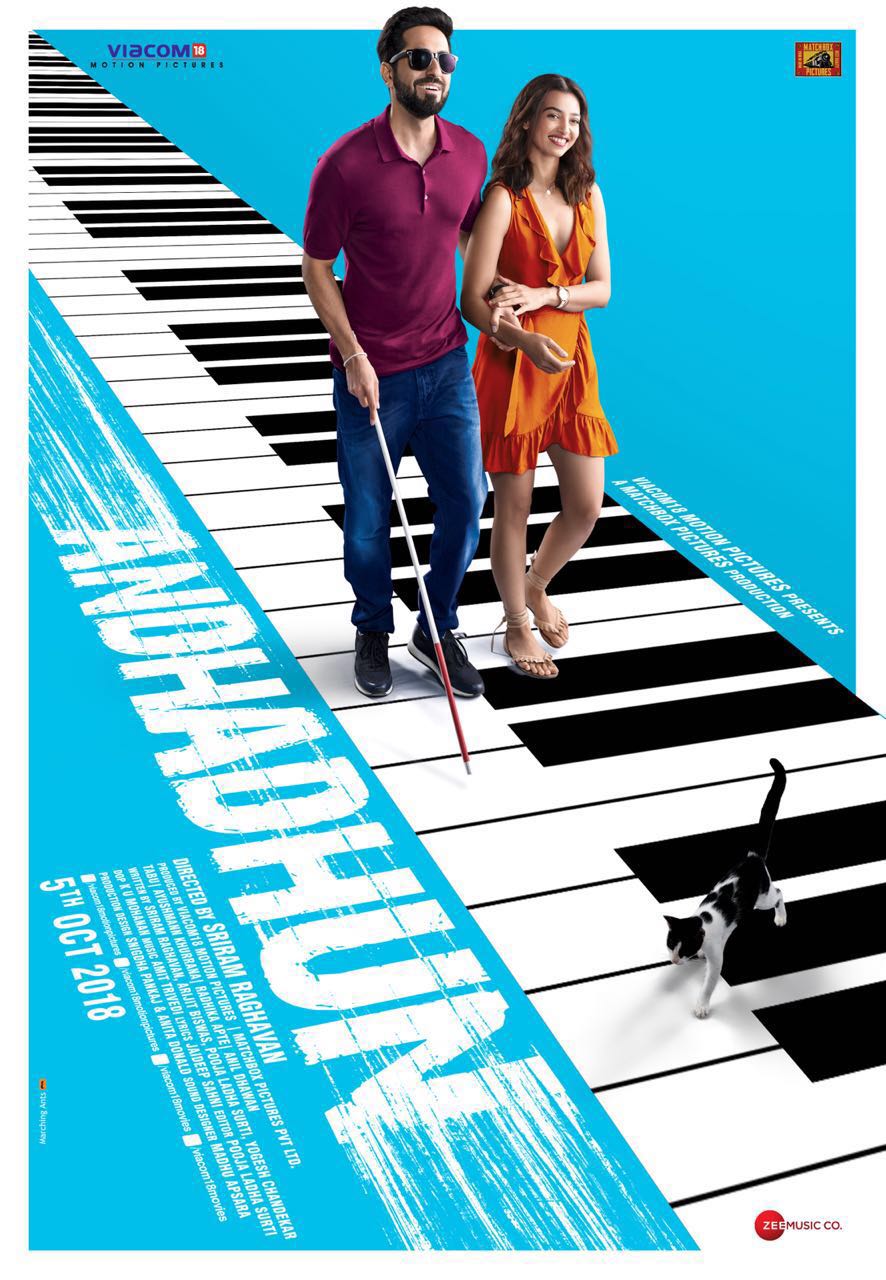 The Andhadhun poster is indeed the perfect one giving us a hint of the dark comedy portrayed in the film. Here Ayushman Khurrana is seen walking over a blood streak which certainly indicates a murder plot while keeping the suspense intact!

Kahani has been one of the best Vidya Balan films. The poster depicting two different scenarios using a mirror is a clear reflection of the plot twists and suspense that the film had in store for us! Undoubtedly 3 Idiots is one of the most creative and inspiring films. The poster where Amir Khan is seen standing in front of a board full of formulae gives us an idea about the happenings in the film. Typography in the poster saying, “Chase excellence- Success will follow” clearly portrays the motto of the film. 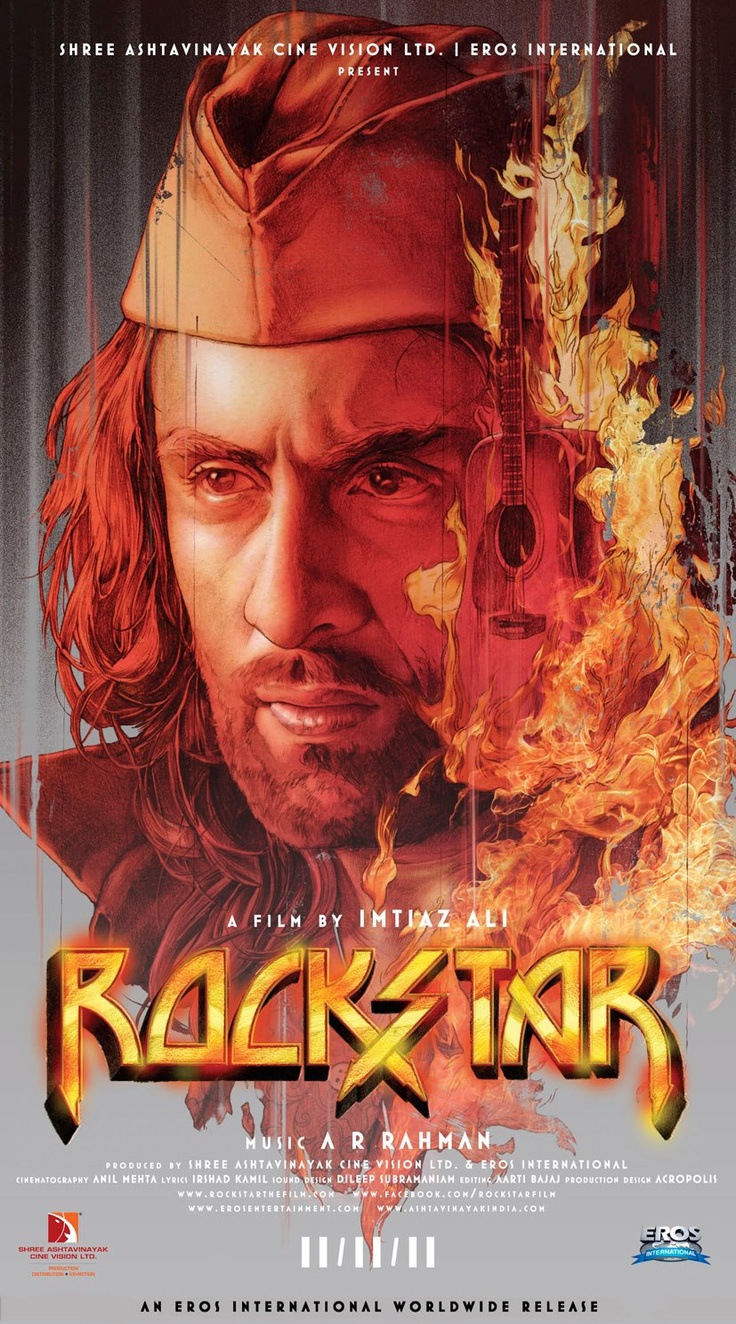 Said to be Ranbir Kapoor’s Best film so far, Rockstar has been a favorite for most of us. The poster with a burning guitar besides Ranbir Kapoor tipped us off with Jordan’s self-destruction that we witnessed in the film! 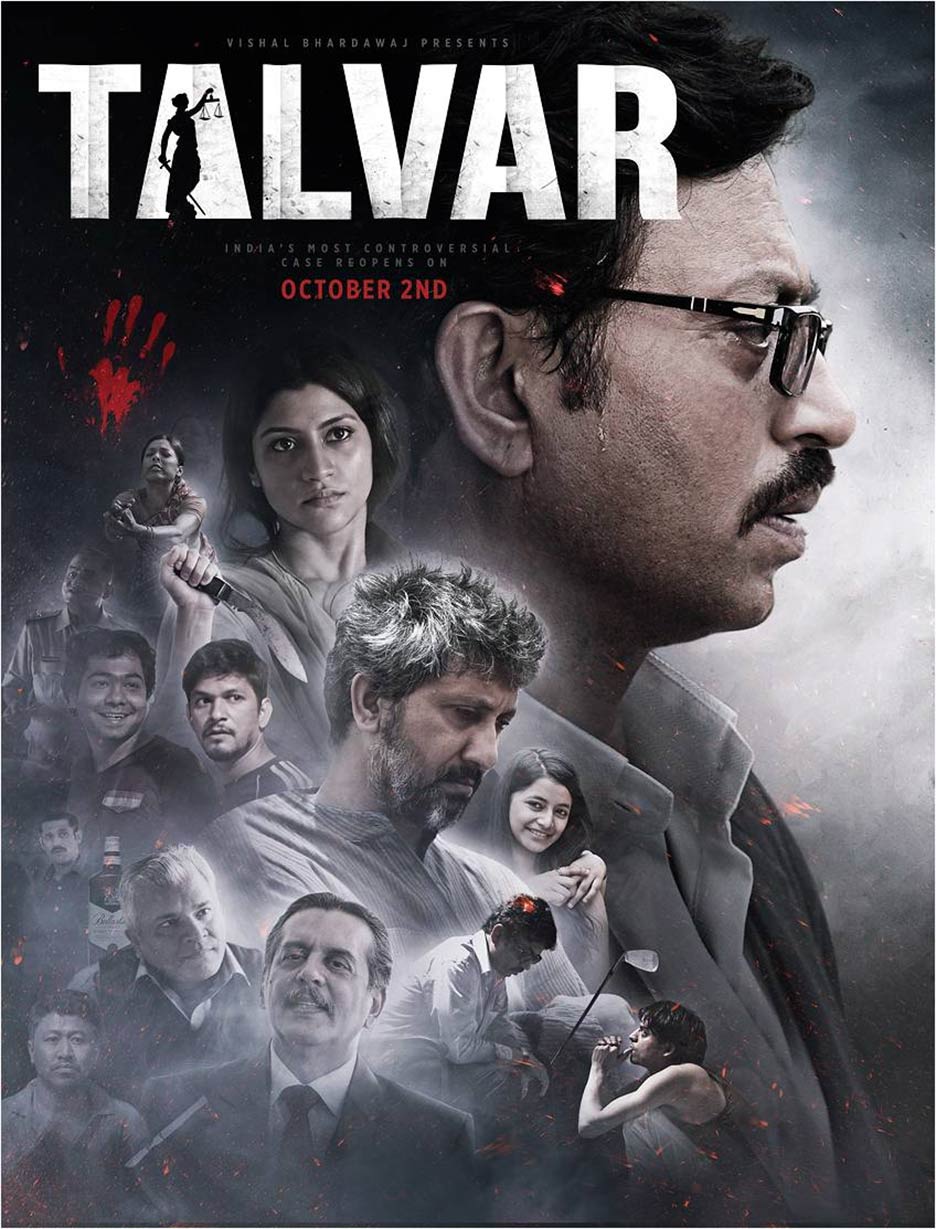 Based on a real incident, Talvar is one of the finest films ever! With the crumbling structure of Lady Justice, the poster tries to show the dawn of justice portrayed in the film! 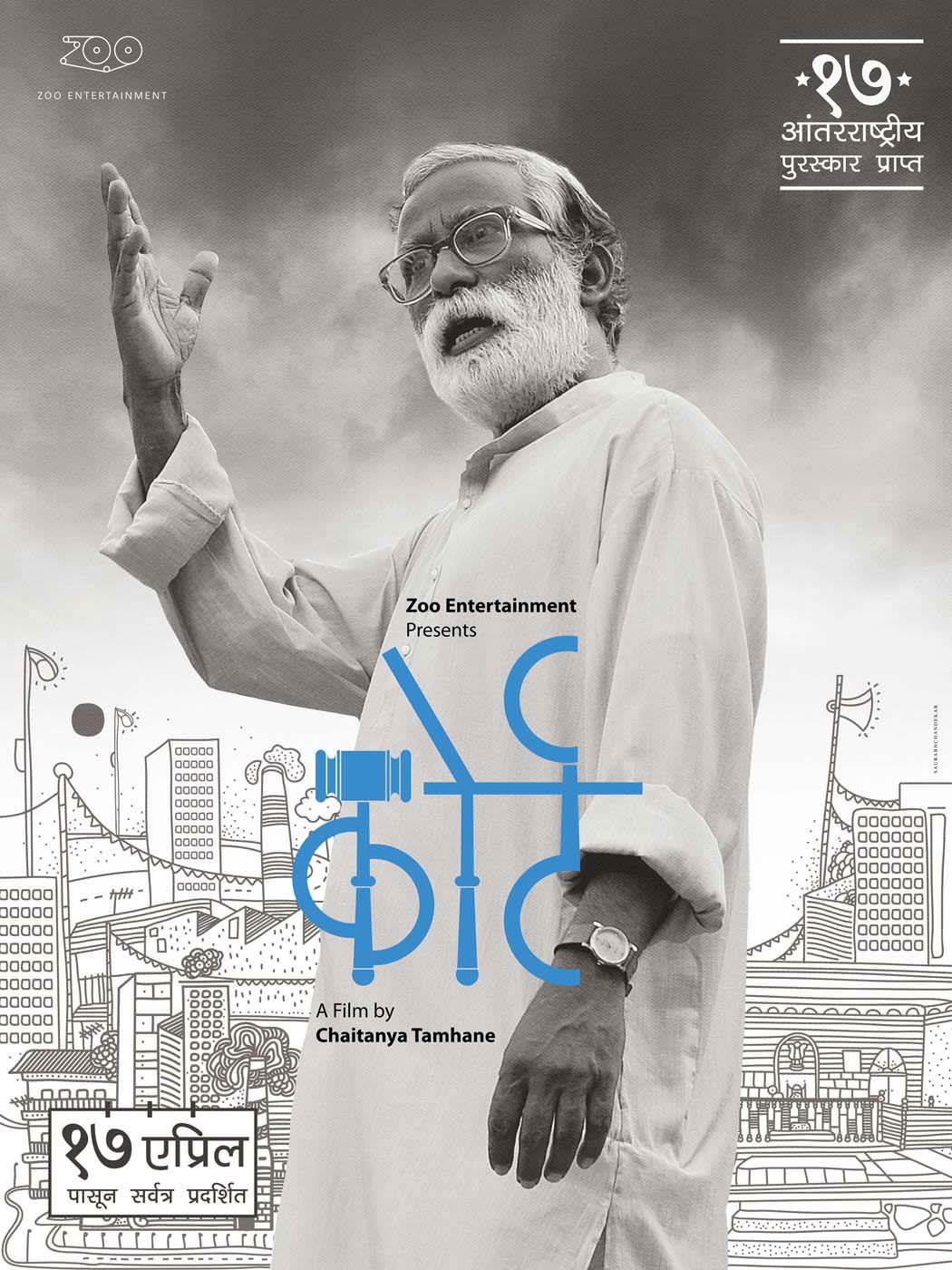 The 2014 Marathi film is one of the few Indian movies with a graphic-designed poster! The poster showing the protagonist inside a manhole which is present in a courtroom gives us a clear idea about the film. With more than 15 International awards, Court is surely one of the best Indian regional films! 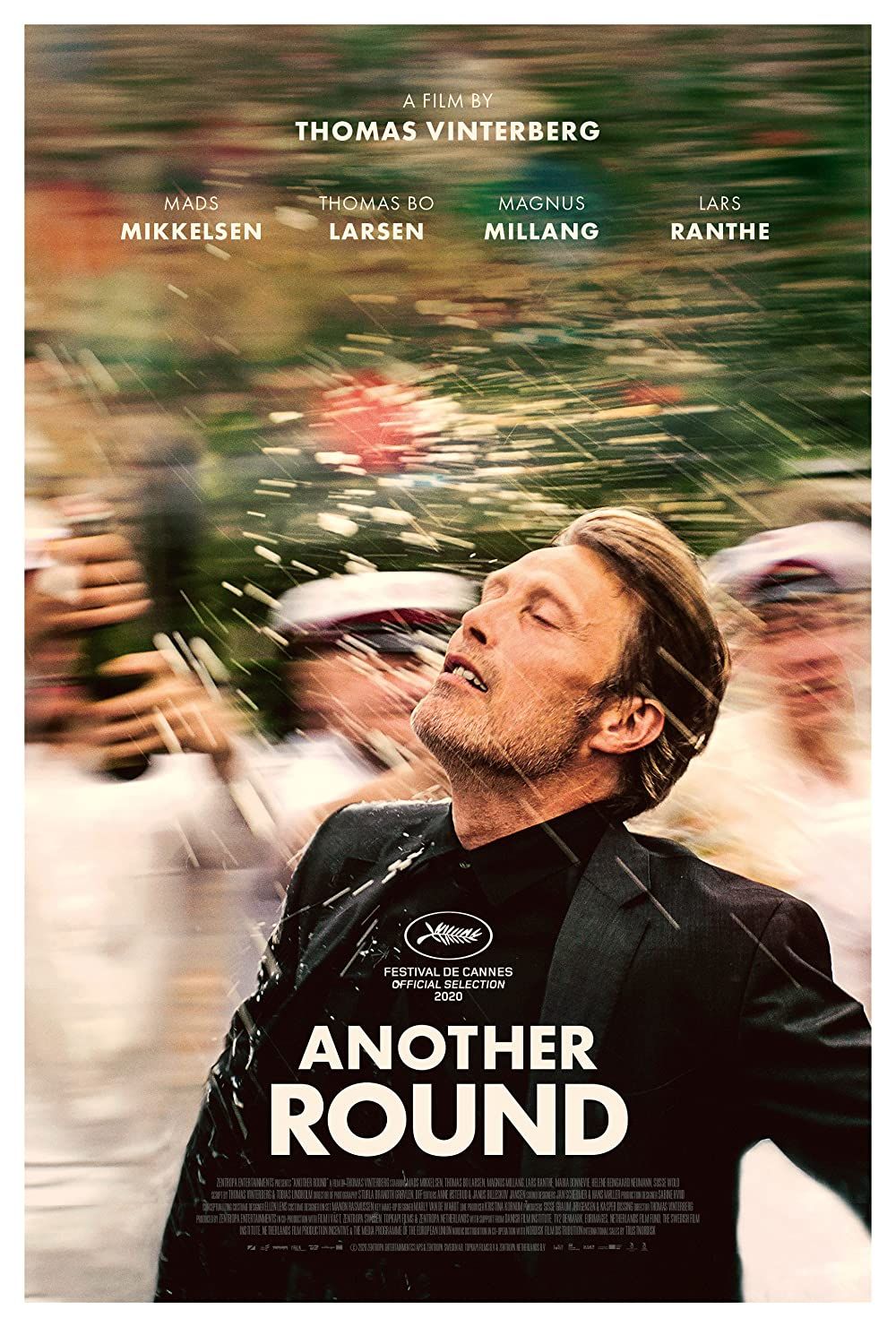 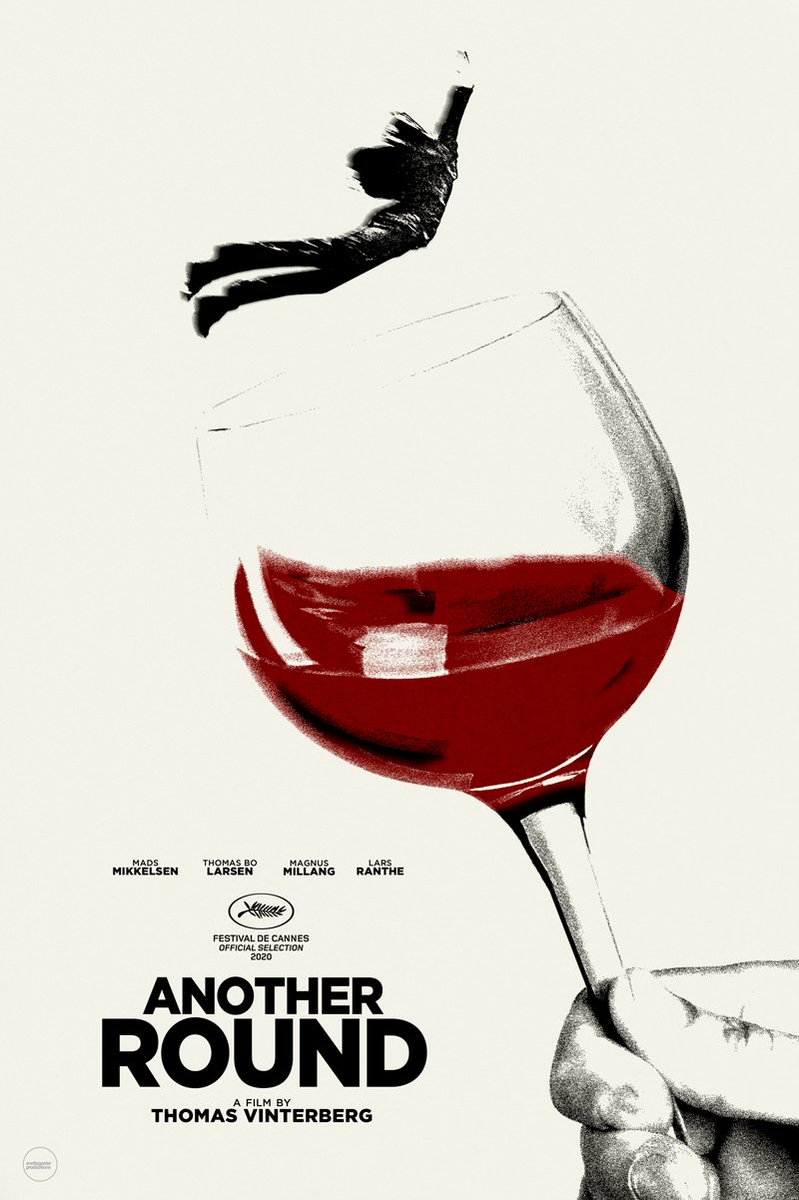 Another Round: Nordisk Film

The Danish black comedy is indeed an interesting and unique film. Based on 4 colleagues who try out an alcohol experiment, the poster undoubtedly justifies the idea of the film! This Thomas Vinterberg film has won the Academy Award for the Best Feature film. 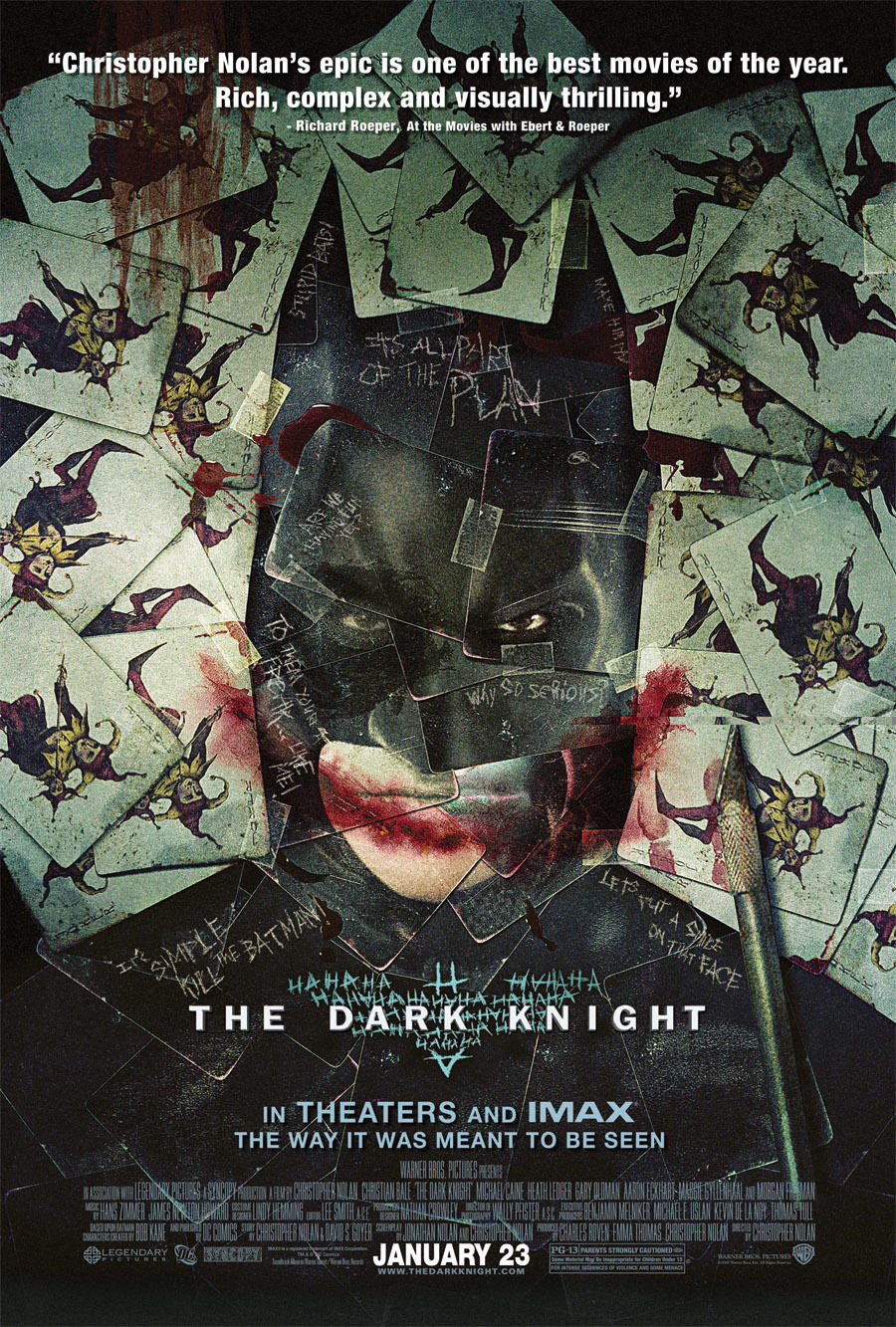 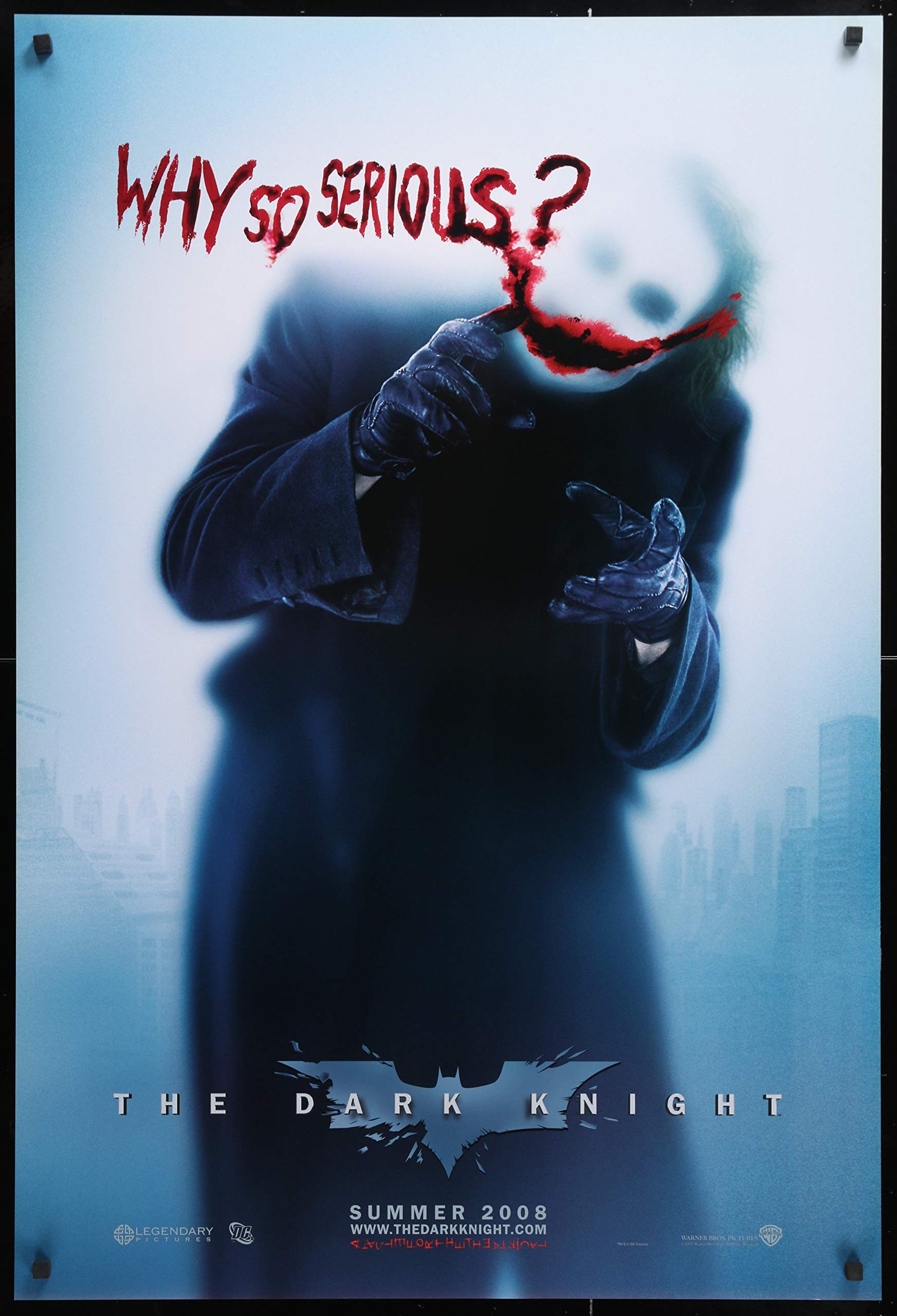 A film poster with the villain is not something seen very often. Besides Nolan’s uniquity The Dark Knight poster with supervillain Joker and his famous line, “Why so serious?” indeed made us all eager for the film! 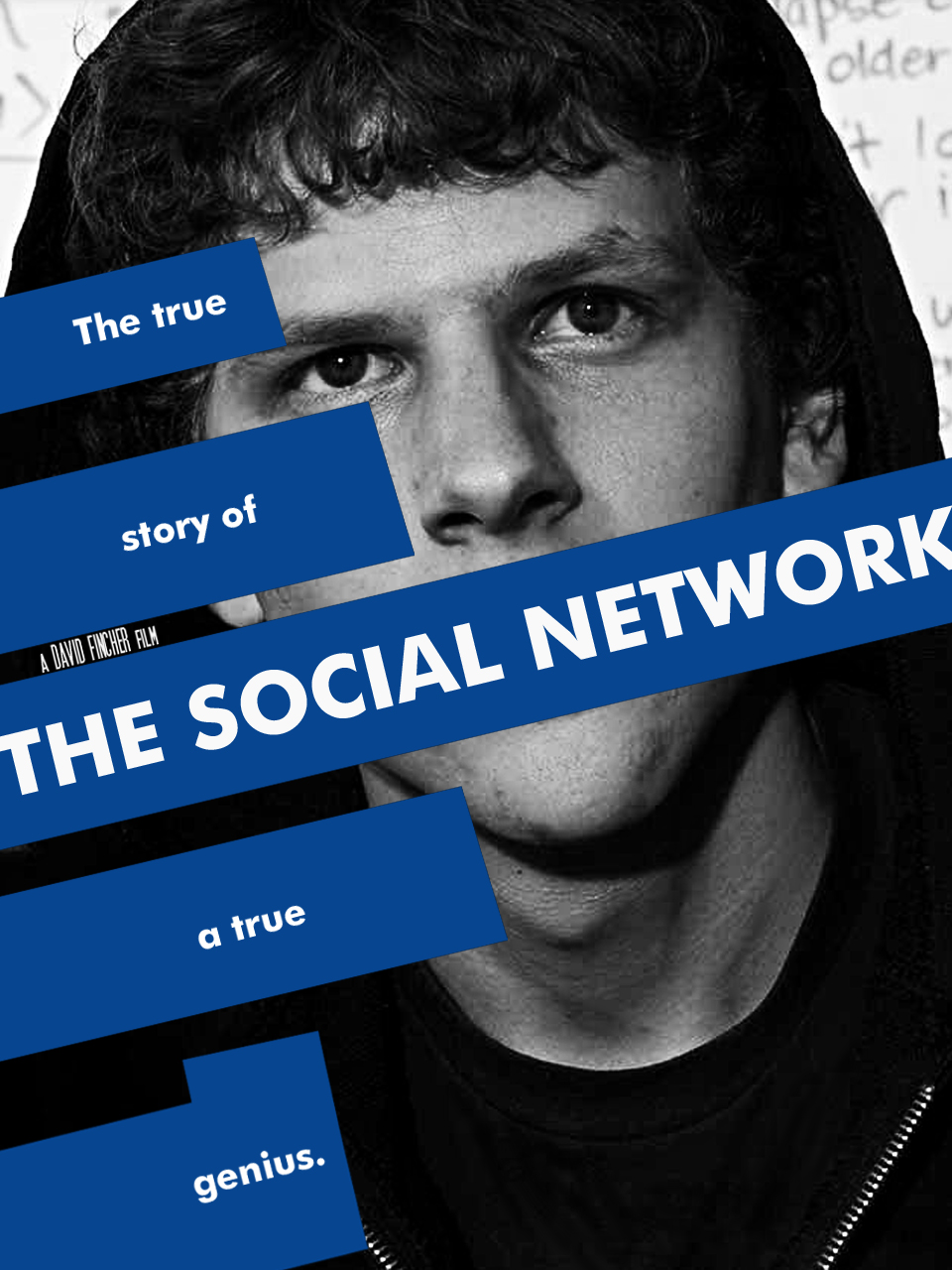 Based on the journey of Mark Zuckerberg, The Social Network is one of the most controversial films. With the poster quoting, “You don’t get to 500 Million friends without making a few enemies”, we get a hint that Mark’s journey with Facebook hasn’t been a cakewalk! 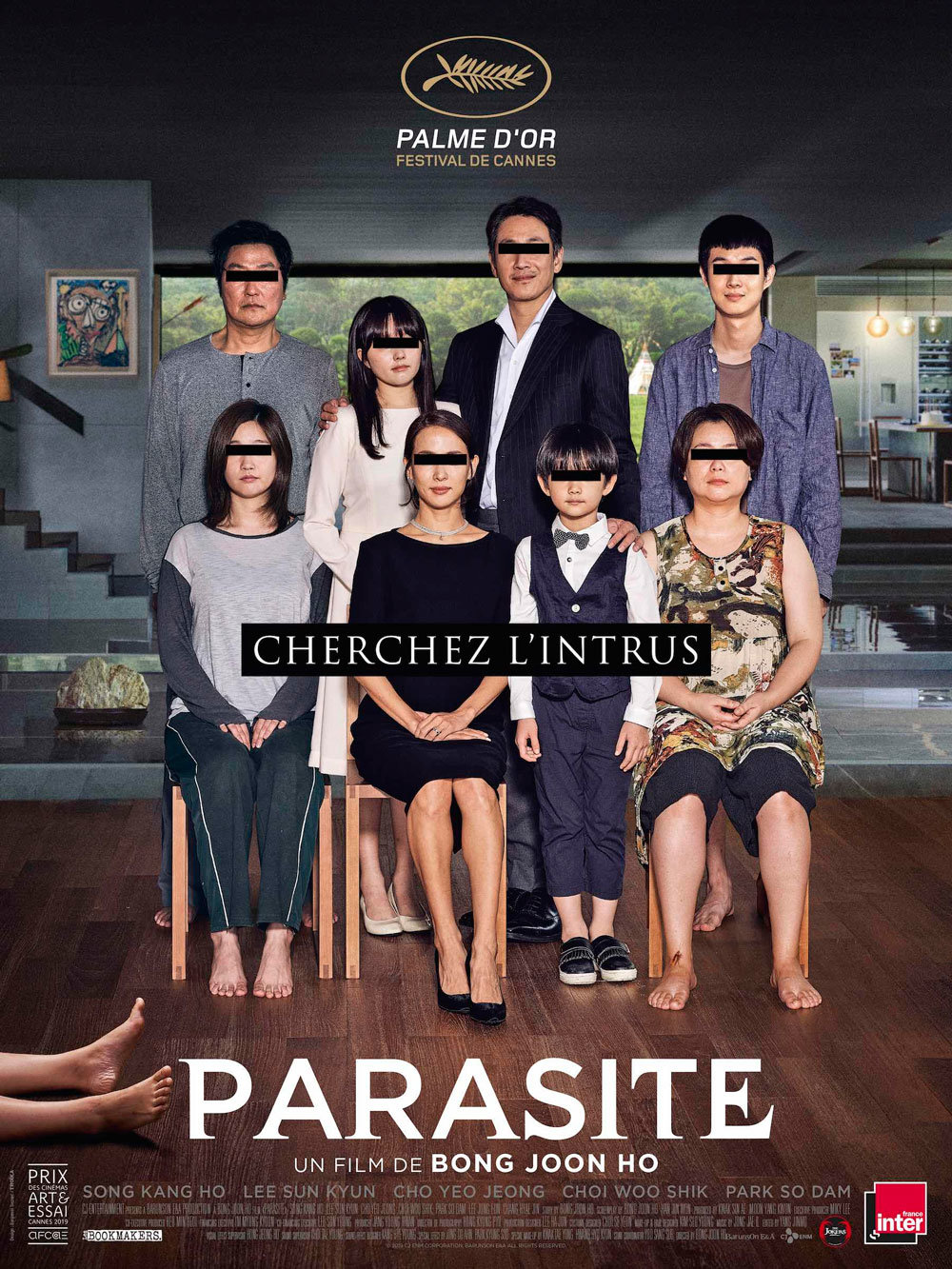 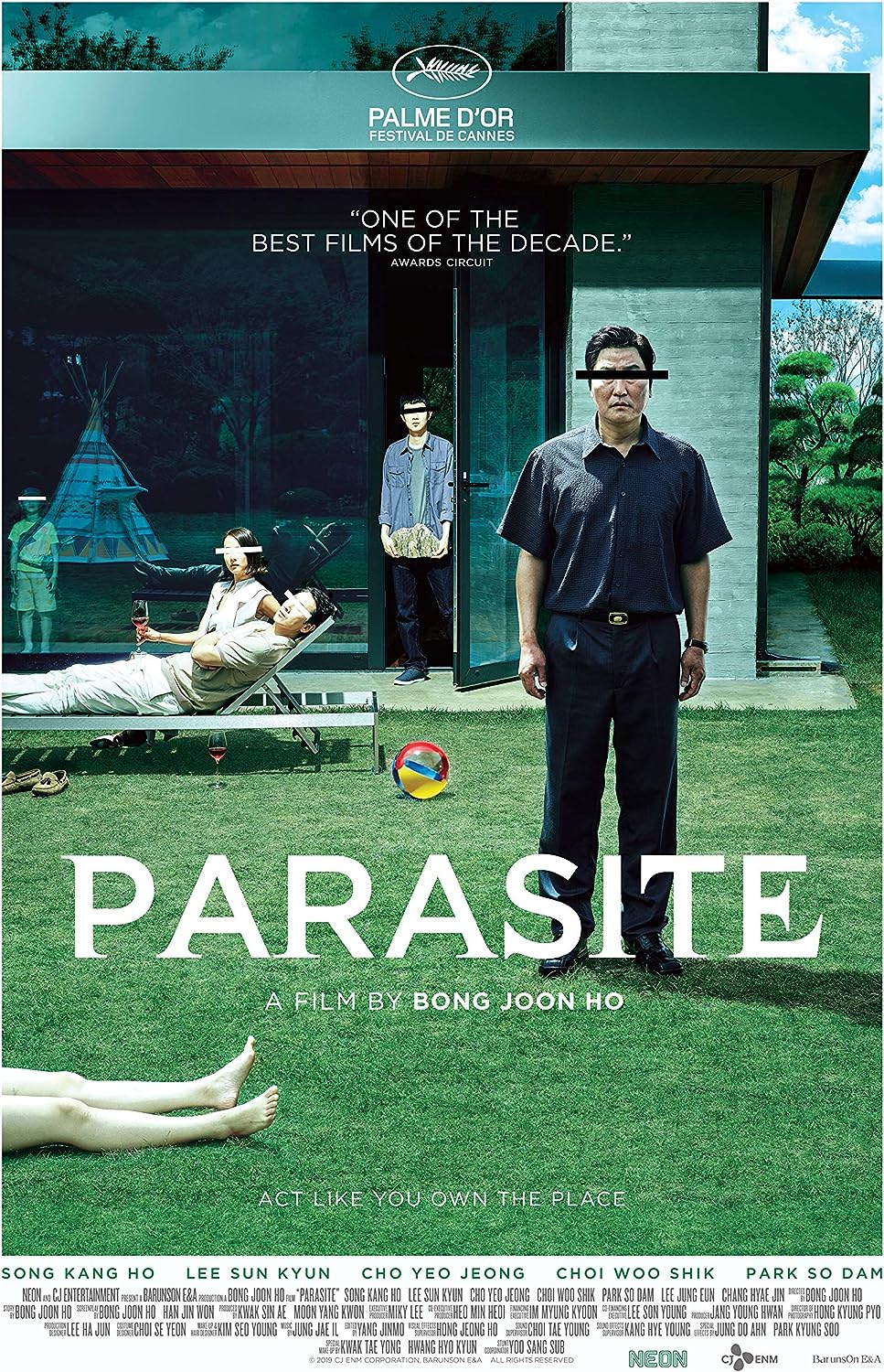 A Classic poster for a Classic Film! Korean film Parasite is certainly the best 2019 film and had won the 2020 Academy Awards. The poster designed by Kim Sang portrays a domestic scene with some significant objects from the movie. The black bars covering the eyes are justified since parasites lack their eyesight!

Posters are ought to be creative and engaging and these posters have indeed filled all the boxes. Let us know about your favorite posters in the comments below!