Indian cinema, especially Bollywood, has seen a lot of setbacks in the past few years. With the pandemic lockdown to the Bollywood boycott trend – times have not been easy. But will Indian cinema bounce back? Definitely seems like it!

2023 is a big year for the Indian movie industry as we see a lot of highly anticipated films released that have already created quite a buzz. With the legendary Khans coming with a total of five big movies this year to Kollywood and Tollywood releasing quite a few much-awaited films, this year is going to be big. Read on to find out our top picks of the most-awaited Indian movies of 2023! 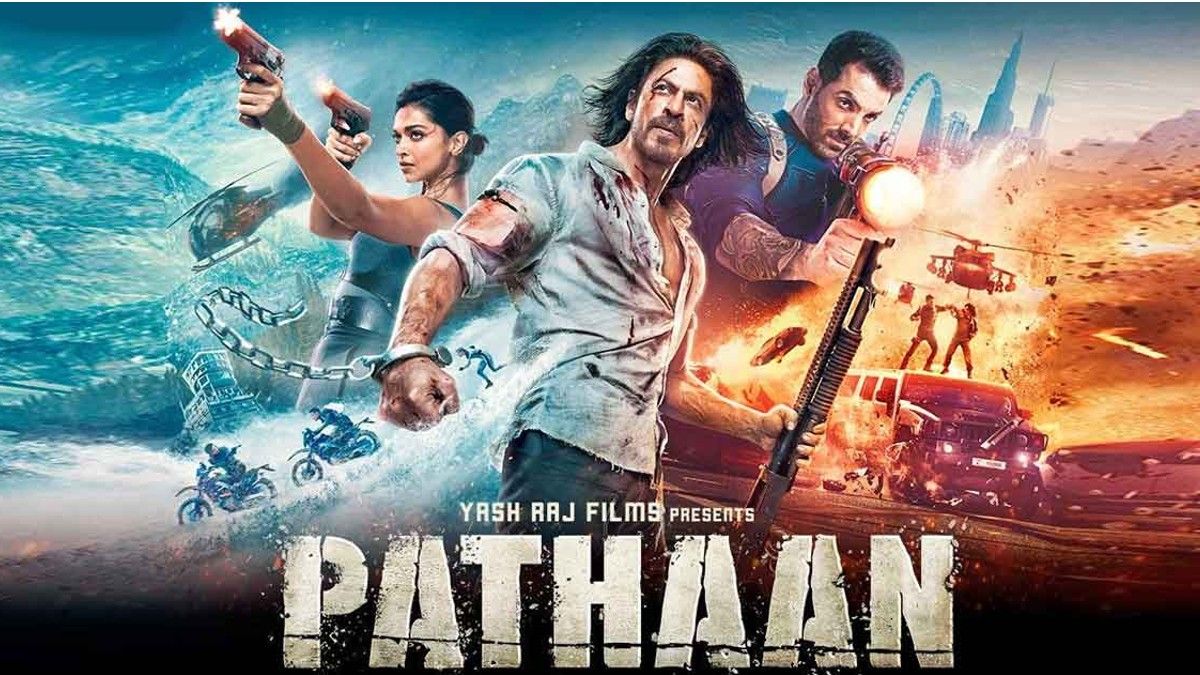 With Pathaan, our favorite King Khan is on the big screens with a bang after a brief dry spell. This legend of a movie has the power to turn around the hard times that Bollywood has been facing for quite some time now. The trailers and the songs have already created a nationwide buzz that refuses to settle down – and we can’t wait to see Shahrukh Khan and Deepika Padukone rocking the screen with their talented (and hot) presence!

Well, the 5.60 lakh advance ticket bookings in the country for a movie that is releasing mid-week on a non-holiday already paints quite a successful picture. SRK has broken records yet again! King Khan is trending everywhere, from Dubai’s Burj Khalifa to India’s Twitter hashtags. Kollywood movies have never failed to mesmerize us with their strong cast, meaningful storylines, and overall originality. Jailer blesses us with the presence of the king of Tamil industry – Rajnikanth -and we are certain he will steal our hearts again.

This thriller movie is going to be high on action, with the protagonist fighting off the goons trying to break their leader free of his jail. The savage look of our 72-year-old hero is apparent through the official tailor. Indeed it is true – once a legend, always a legend. We can guess this already, Jailer is going to be a masterpiece. 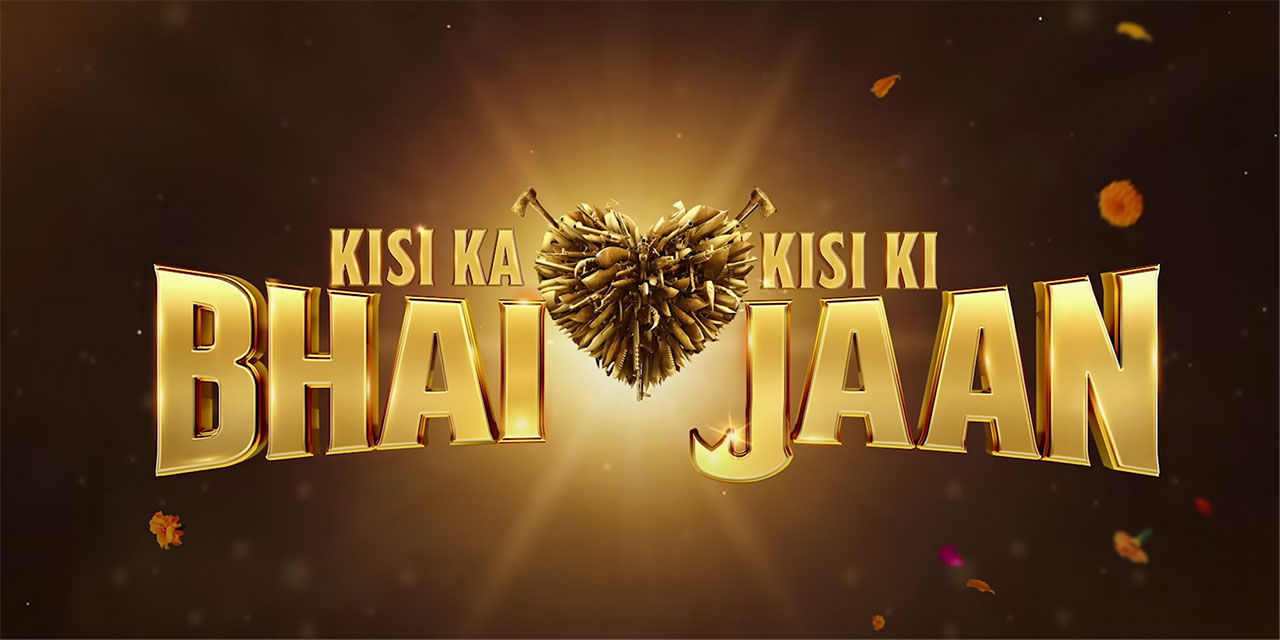 The title makes it pretty obvious who the protagonist is, thanks to the blockbuster hit – Bajrangi Bhaijaan. If you have not guessed already, yes, this movie features Salman Khan, and he has a look that we cannot help but love.

This action drama also features Pooja Hegde, Daggubati Venkatesh, and Shehnaaz Kaur Gill. Kisi Ka Bhai Kisi Ki Jaan will make an Eid release this year and has left bhaijaan fans across the nation counting the days. Indeed, our most loved Khans are all set to rule the big screens this year! 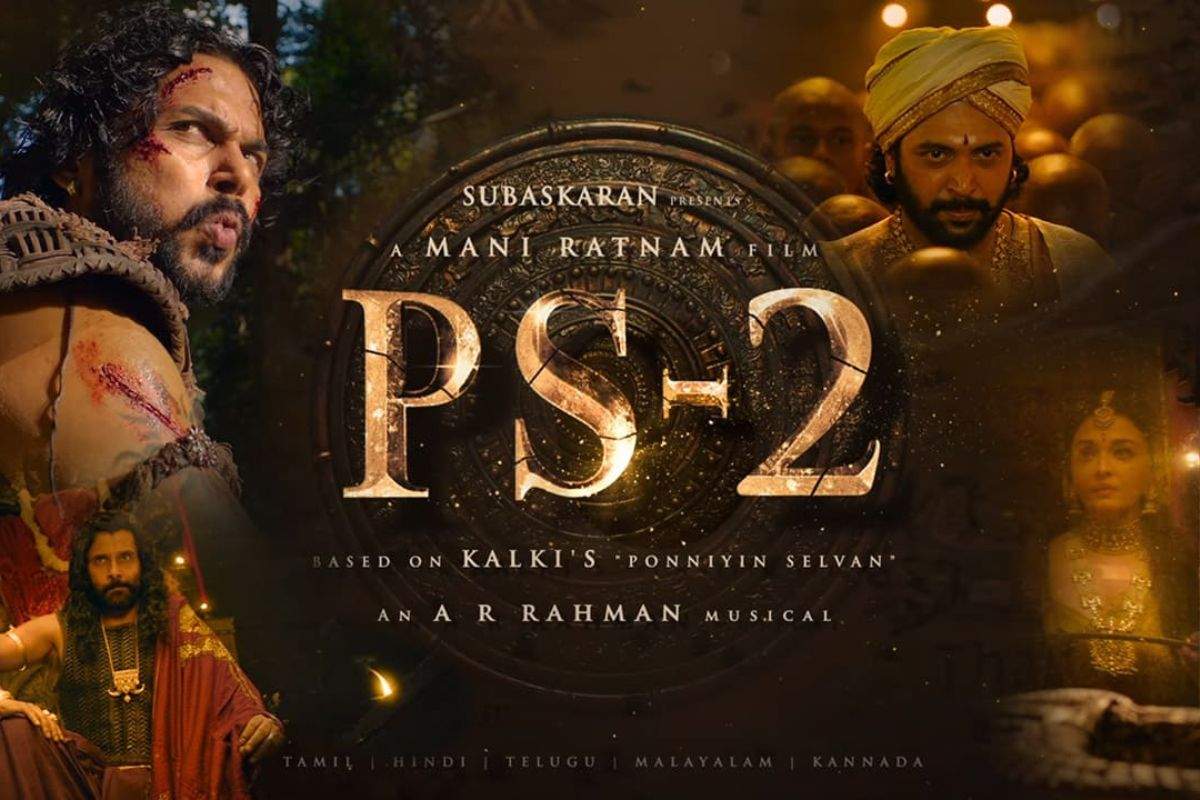 Mani Ratnam is back with the second part of the movie series that thrilled the audience with its excellence in September last year. Leave it to Tollywood to come up with masterpieces in the world of historical cinema.

This action-adventure film features Vikram Parthibendr and Aishwarya Rai Bachchan in the best of their looks – we just love the rich costume designs! The Cholas are back to take us on an adventurous ride again, merely months after the first release. Only Mani Ratnam is capable of coming up with back-to-back works of art in such a short span! 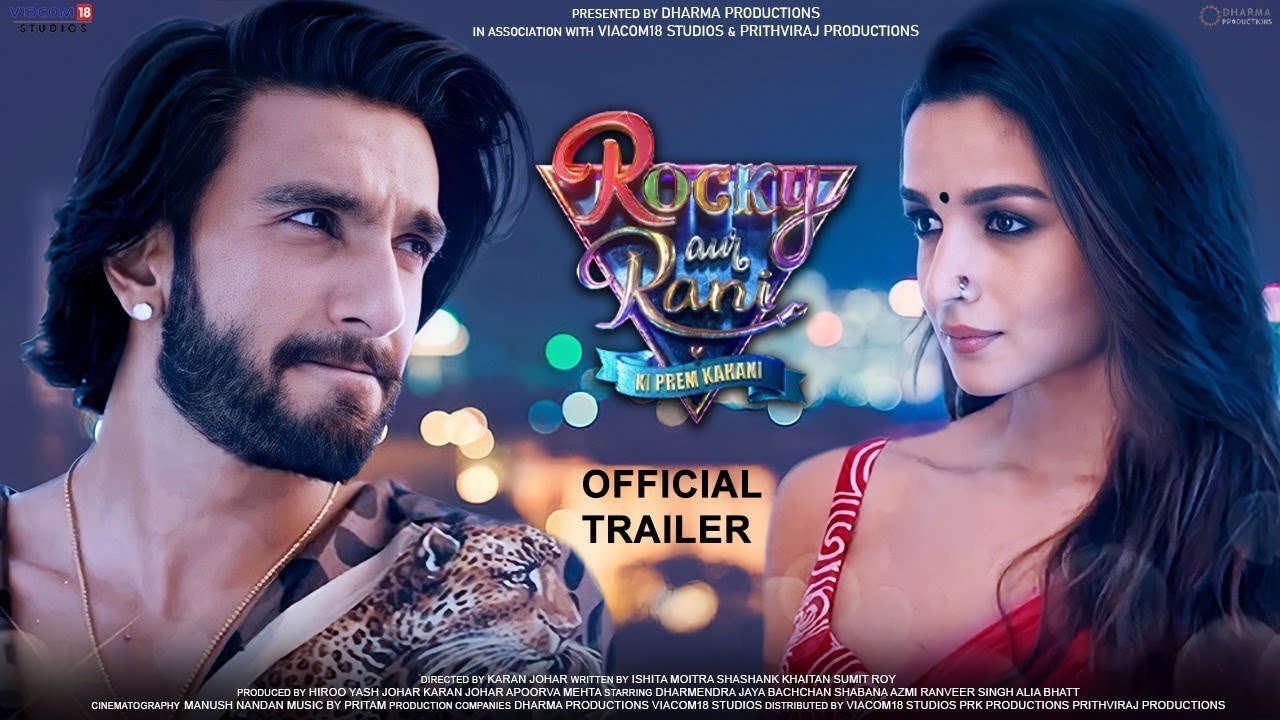 Ranveer Singh and Alia Bhatt, as Rocky and Rani, are pairing up for this Karan Johar movie, which gives us many K3G vibes. The talented cast of Rocky or Rani Ki Prem Kahani also includes Dharmendra, Shabana Azmi, and Preity Zinta. A short BTS video that was released gives us a sneak peek of the set, and it just looks so royal that we can’t help but drool over it.

The costume, the actors, and the overall grand look of the movie are already building up our anticipation. Let’s block the dates – 28th April! 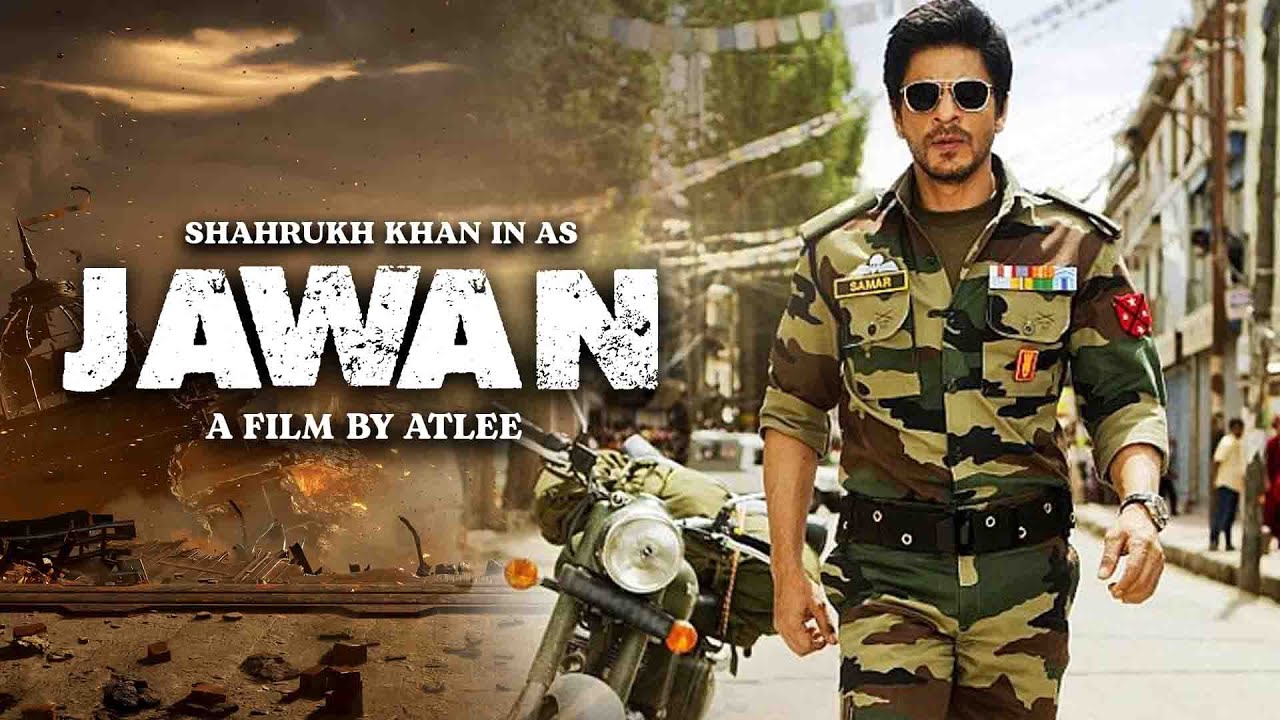 Another Shahrukh Khan starrer, Jawan, is set to release on 2nd June. 2023 is a great year for all the SRK fans out there, as he has not one, not two, but three big releases set for this year. This pretty much makes up for the brief duration that we were left with no King Khan movie at all.

The announcement video of this would-be-masterpiece has left us with goosebumps as we can see our protagonist in this tough, injured, rogue soldier look that will be a blast on the big screen. Ready? Of course! 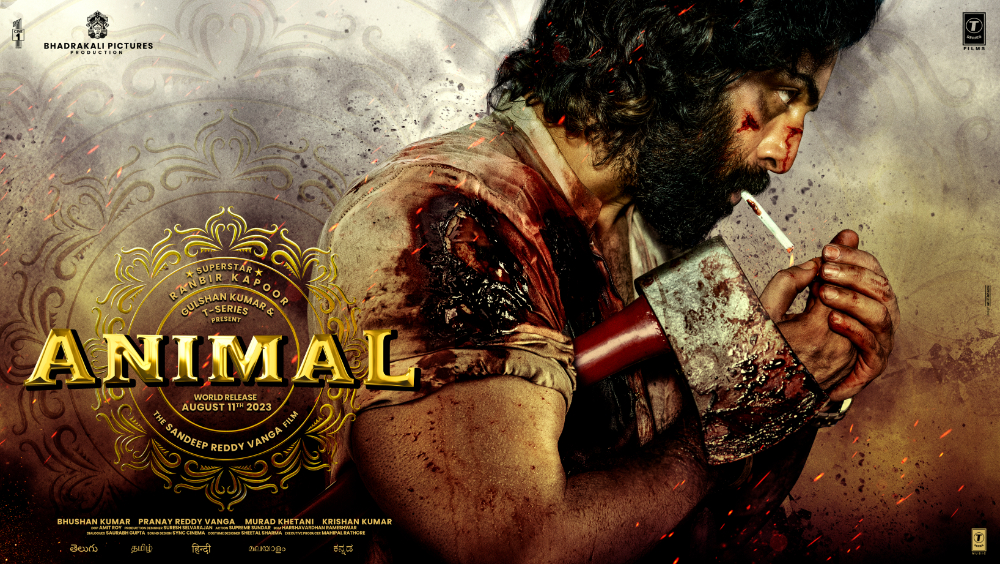 Releasing in five Indian languages – Hindi, Telugu, Tamil, Malayalam, and Kannada – Animal has already created immense hype around it with just an announcement video. In this small clip, we can hear Ranbir Kapoor speaking, and that is enough to make us feel everything that the video intended for us to feel.

The goosebumps and chills that we get to testify to the fact that Animal is going to be a super duper hit! Apart from Ranbir Kapoor, the film also stars Anil Kapoor, Rashmika Mandanna, and Bobby Deol. Another highly awaited and anticipated movie for this year is Tollywood’s Salaar, which stars top-notch actors like Prabhas, Shruti Hassan, and Prithviraj Sukumaran. What makes us so excited about Salaar is how it gives us Bahubali and KGF mix vibes.

There have also been conspiracy theories that believe Salaar to be actually KGF 3. We just love the down-to-earth no-ego approach of south Indian movies that are so apparent in all the scenes. Can’t wait for the release of this cinematic masterpiece. Our favorite duo – Salman Khan and Katrina Kaif – are back with another installment of the Tiger franchise. When we say this is a big year for Indian cinema, it is because of these high-budget and deeply loved movies releasing back to back. Bollywood is all set to revive!

This mystery adventure film will undoubtedly have a lot of thrilling action scenes involving both of our protagonists. But Tiger 3 also has a cameo of SRK as Pathaan. What?! Please just release the movie already. Shahrukh Khan is literally ruling this year – we saw him start the year with Pathaan, and he is ending it with Dunki. The brainchild of Rajkumar Hirani, who has also directed hits like PK, 3 Idiots, and Munna Bhai MBBS, this movie is already a hit.

There is no way a Rajkumar Hirani – Shahrukh Khan duo could not be an exemplary work of art! Dunki also stars Taapsee Pannu and is the story of the ‘Donkey flight’ or the illegal backdoor route taken by Indians to immigrate to foreign countries like the USA and Canada. Lastly, history is about to repeat itself – just like 2004 saw the hit SRK trio Main Hoon Na – Veer Zara – Swades, 2023 will see the hit SRK trio Pathaan – Jawan – Dunki!