Music can communicate with anyone, be heard by anyone, and hold memories for years to come. We are constantly surrounded by music, which is why many songs evoke memories of a specific time or age. Here are some Indian pop bands from the 90s that sold the most records. This Indian pop band from the 90s was among the most successful and well-known of its fraternity in India. Mohit Chauhan starred in Silk Route. Dooba Dooba, Boondein, and Sab Se Peeche Hum Khade were their most well-known songs. They were able to set themselves apart due to the wide range of instruments they employed and how they played them. Pentagram was a four-piece Indian pop band that performed in the rock and electronica genres. It began in 1994. The band’s lead singer was Vishal Dadlani, a well-known Bollywood composer, and performer who is currently a member of the duo known as the Vishal-Shekhar.

Randolph Correia and Clyde D’ Souza were the guitars on this track. Papal Mane played bass, and Shiraz Bhattacharya played drums. Voice is their best-known song. Bombay Vikings produced and performed some of the most pop-influenced songs in the 1990s. Who hasn’t heard of ‘Kya Surat Hai?’ It was a massive hit at the time of its release and throughout the next 5-8 years. They were founded in 1994 and were noted for successfully blending Indian pop and classical elements.

Indian Oceans was an Indian pop band unlike any other, and we’re confident that no other band will ever come close to what they do with music and words. The music is still so distinct that it instantly transports you to a much more pleasant and calming environment. This Indian rock band was founded in 1990 and has since released songs such as Bande, Bhor, and many others. Among all of the Indian pop bands on this list, Euphoria was the most popular. Maeri, Dhoom Pichak Dhoom, and Raja Rani were among their biggest hits in the 1990s.

Many music fans still listen to their songs on their preferred playlists. They just released a new song called Labrinth What’s Up. Their music has a distinct sound, combining classical and electric guitars. Rock The Party continues to draw a large audience to the dance floor anytime it is played at a party, wedding, or event. There are numerous other songs, had truly rocked India in the 1990s. This Indian pop band comprises a Punjabi and a Londoner, which shows in their music. Parikrama has a long list of titles, credits, and awards to its name, proving that it was unquestionably one of India’s most popular and preferred rock bands. The band was formed on June 17, 1991, and their song But It Rained was included in Rolling Stone India’s list of the “25 Greatest Indian Rock Songs of the Last 25 Years.” The Colonial Cousins showed us that classical music could be fantastic, too, at a time when everyone was into hip-hop, pop, and rock music. Members of this Indian pop band, singer Hariharan and singer-composer Lesle Lewis won our hearts by fusing Indian and Western musical genres.

They’ve won many honors, including the prestigious MTV Asia Viewers’ Choice Award and the US Billboard Viewers’ Award.

Meanwhile, one band from Pakistan got very famous in India, Jal. 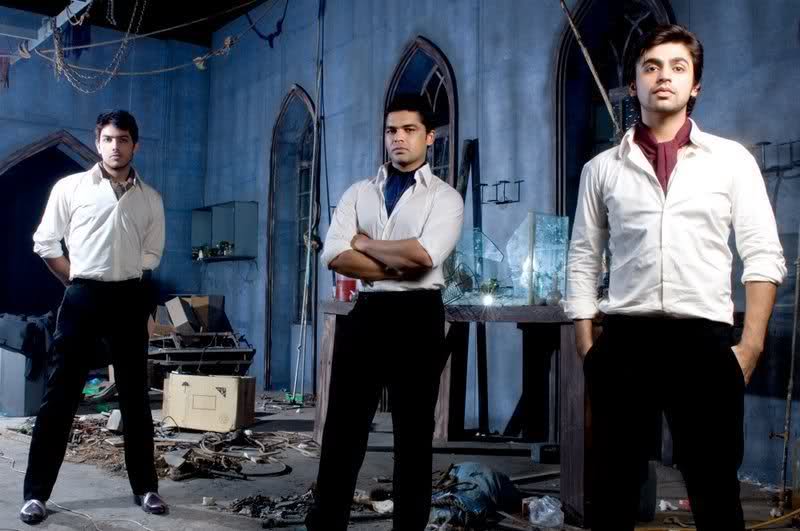 Jal, the Pakistani band that brought us songs like Sajni and Aadat, was a pop-rock band that also gave us Atif Aslam. They first gained recognition playing in Lahore’s underground music scene in 2002, and their popularity eventually moved to India. While most musicians made us dance, Jal was our somber companion during heartbreak.

Of course, this is not an entire list, as many fascinating Indian pop bands created great music in the 90s, many of which are still popular now. But, if you lived through the 1990s, you undoubtedly lived during one of the world’s best musical eras. Which one was your all-time favorite?

Indian TV Shows That We Used To Eagerly Wait For